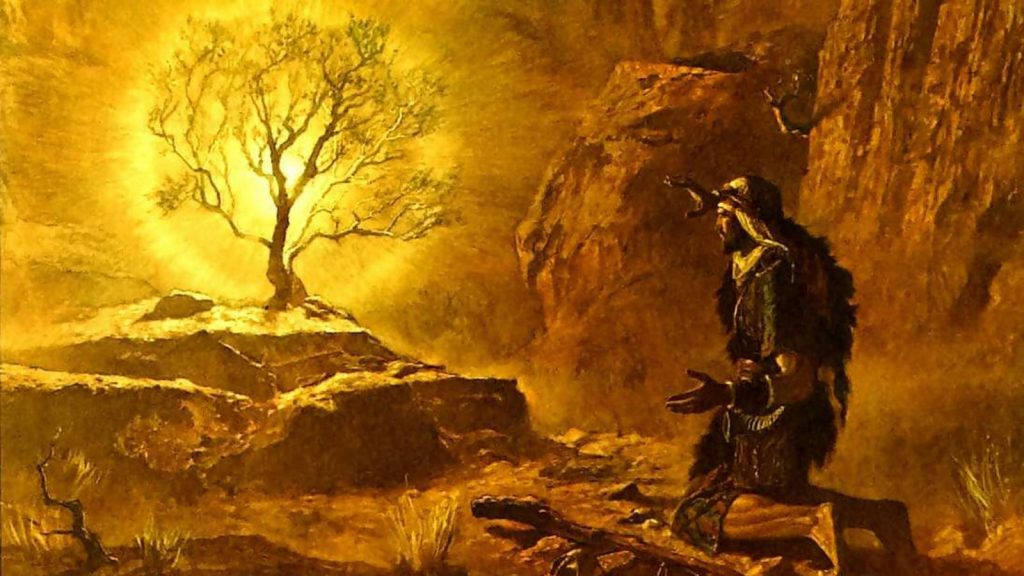 Who Was the Angel of the Lord in the Old Testament?

People Have Seen God…or Haven’t They?

The Bible says nobody has seen God the Father.

Moses wanted to see God, but in Exodus 33:20 He said, “You cannot see My face; for no man shall see Me, and live.” If people saw God, they would not live to talk about it! The New Testament confirms that nobody has seen God:

Hebrews 11:27 says, “By faith (Moses) forsook Egypt, not fearing the wrath of the king; for he endured as seeing Him Who is invisible.” Moses “saw” God by faith because He could not see Him physically. Colossians 1:15 says God is “invisible.” First Timothy 1:17 says, “The King eternal, immortal, invisible.”

But some people in the Old Testament did see God! Consider the following:

How can it be explained that the New Testament says nobody has seen God, but the Old Testament records instances of people seeing God?

Often when Scripture discusses God the Father, it simply says, “God.” Consider these verses as examples:

In Matthew 27:46, Jesus prayed, “My God, My God, why have You forsaken Me?” People read this and ask, “How can Jesus be God and pray to God?” God exists as three distinct Persons, and God the Son is praying to God the Father. The reason Jesus did not call God “Father” as He did earlier throughout the gospels is because of the separation taking place at that moment between Father and Son.

Similarly, even though Jesus is God, throughout the New Testament, He is often simply called “Jesus” or “Christ” or a combination of both titles to emphasize His messiahship. Other times He is called, “Son of God” to emphasize His deity, or “Son of Man” to emphasize His humanity. Despite what some false religions teach, identifying Jesus as the Son of God does not make Him less than God any more than identifying God as Father makes Him any less God. The religious leaders of Jesus’ day understood that when Jesus called Himself the Son of God, He identified Himself as God:

Therefore the Jews sought all the more to kill Him, because He not only broke the Sabbath, but also said that God was His Father, making Himself equal with God.

When People Saw the Angel of the Lord, They Saw God the Son

If nobody has seen God the Father, who did Isaac, Moses, Aaron, Nadab, Abihu, the seventy elders of Israel, and Micaiah see when they saw God in the Old Testament? They didn’t see a type or shadow; they saw the pre-incarnate Son of God when they saw the Angel of the Lord.

Considering that people saw God when they saw Jesus in the Old Testament is undeniable evidence that Jesus is God. One of the most famous visions of God:

In the year that King Uzziah died, I saw the Lord sitting on a throne, high and lifted up, and the train of His robe filled the temple.

After witnessing this tremendous vision, the prophet said:

“Woe is me, for I am undone! Because I am a man of unclean lips, and I dwell in the midst of a people of unclean lips; for my eyes have seen the King, the Lord of Hosts.”

Although it might be tempting to think Isaiah saw God the Father, since nobody has seen the first person of the Trinity, who did Isaiah see? He said he saw “the King, the Lord,” and He did—Jesus Christ is the “King of Kings and Lord of Lords” (1 Timothy 6:15, Revelation 17:14, 19:16). The New Testament affirms this. Speaking of Isaiah 6, John 12:41 says, “Isaiah saw (Jesus’) glory and spoke of Him.”

Another tremendous vision of God is in Ezekiel 1. Four angels carry the throne of God on a surface above their heads. Toward the end of the account, verse 26 says, “Above the firmament over their heads was the likeness of a throne (and on it) was a likeness with the appearance of a man high above it.” This is the Son of God – the Angel of the Lord – resembling a man before the Incarnation.

When Daniel’s three friends were thrown into the fiery furnace:

Then King Nebuchadnezzar was astonished; and he rose in haste and spoke, saying to his counselors, “Did we not cast three men bound into the midst of the fire?”
They answered and said to the king, “True, O king.”
“Look!” he answered, “I see four men loose, walking in the midst of the fire; and they are not hurt, and the form of the fourth is like the Son of God.”

A Summary Verse Helping Us Understand the Angel of the Lord

No one has seen God (the Father) at any time. The only begotten Son, Who is in the bosom of the Father, He (the Son) has declared Him (the Father).

The NIV says the “Son, Who is Himself God… has made Him (the Father) known.” God the Father is invisible, but God the Son revealed Him through these Old Testament appearances. Jesus is “the image of the invisible God” (Colossians 1:15 and 2 Corinthians 4:4) and “the brightness of (God’s) glory and the express image of His person” (Hebrews 1:3). In John 12:45, Jesus said, “He who sees Me sees Him Who sent Me” referring to the Father. When Philip said, “Show us the Father,” Jesus replied, “He who has seen Me has seen the Father; so how can you say, ‘Show us the Father’?” (John 14:8-9).

The Angel of the Lord is God the Son

So when the Lord saw that he turned aside to look, God called to him from the midst of the bush and said, “Moses, Moses!”
And he said, “Here I am.”
Then He said, “Do not draw near this place. Take your sandals off your feet, for the place where you stand is holy ground.” Moreover He said, “I am the God of your father—the God of Abraham, the God of Isaac, and the God of Jacob.” And Moses hid his face, for he was afraid to look upon God.

The Angel of the Lord spoke with Samson’s parents and then disappeared:

In John 4:34, Jesus said, “My food is to do the will of Him Who sent Me, and to finish His work.” The Son of God became a Man to finish the work He started as the Angel of the Lord. Throughout the Old Testament, God the Father prepared people to know His Son through these appearances. The Angel of the Lord foreshadowed the incarnation when God the Son would fully and permanently become a Man in the person of Jesus Christ.