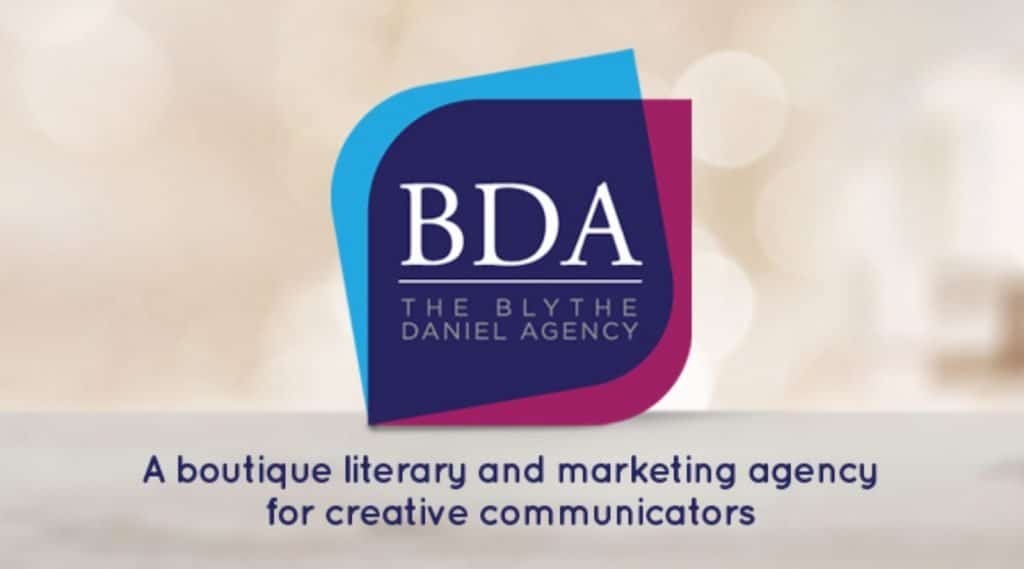 Signing with the Blythe Daniel Agency

I signed with Blythe Daniel as my literary agent. Let me back up to the beginning of this journey.

When I started in ministry at Grace Baptist, the senior pastor had me preach every six-to-eight weeks. While some pastors’ sermon notes are abbreviated, I found it necessary to write out a manuscript. I’d invest about thirty hours of work preparing each sermon. By the time I preached, I had a polished and refined manuscript.

Katie and I talked about turning my sermon manuscripts into books; therefore, when I was a candidate for the senior pastor position at Woodland Christian Church in 2010, I shared this with the search committee and they were supportive.

Fast-forward to 2015 and I still hadn’t written a book because I could barely stay on top of my other responsibilities. I preached a series on marriage and Katie kept saying, “You’ve got to turn this material into a book.” We decided to use my two weeks of vacation and go to our hometown in northern California to stay with Katie’s parents. I worked fourteen-to-sixteen hour days, but when we returned to Woodland I had the manuscript for what would become Marriage God’s Way. Since I had no idea how to publish or market a book, I wrongly thought most of the work was done.

The Hard Truths of Traditional Publishing

Here’s what you need to know to understand what transpired over the next few months and why I self-published.

Publishers don’t want manuscripts sent to them, because they don’t have time to read them. Instead, they want proposals that contain important information to help them make decisions quickly, because they have hundreds to consider. Regardless of how great a nonfiction book might be, if nobody knows the author (he has no platform) nobody will read his book; therefore, nonfiction proposals contain as much information about the author (primarily his platform), as they do about the book itself.

This might be an oversimplification, but imagine there are three categories of publishers:

The Discouraging Pursuit of a Literary Agent

When I learned how things worked I quickly went about obtaining a literary agent. Most require a query letter and if it interests them, they’ll ask for a proposal. If they like the proposal and sample writing, they’ll sign the author as a client.

I sent out multiple query letters. One or two agents responded that they’d like to see my proposal. I sent the proposal, but I don’t think anyone responded.

Then I received an email from a literary agent that could be summarized as, “You seem like a nice person, so I want to let you know that you have almost no chance of getting a literary agent because you have no platform.” I was shocked because as a senior pastor I thought I had a decent platform. I wrote back, hoping for clarification, and he responded with something close to, “Publishers are looking for people with huge speaking engagements and thousands of subscribers to their newsletters, YouTube channels, Facebook pages, etc. You have no speaking engagements, website, or newsletter. You should self-publish.”

The email was very:

The Move to Self-Publishing

I investigated small and medium-sized publishers that received unsolicited proposals, but didn’t experience much success. Two small publishers offered me contracts for Marriage God’s Way, but they offered no marketing, which left me with two choices:

I was convinced I could hire people to do the cover and editing, and I learned to do the typesetting myself.

Because I wanted the validation that came from saying I was traditionally published, I still considered one of the small publishers. Katie repeatedly told me, “Do not give them this book!” Thankfully I listened to my wife and self-published Marriage God’s Way.

I created my website and started my newsletter. I learned book marketing by reading, watching videos, and taking online courses. I familiarized myself with advertising on Facebook, Twitter, Instagram, and Amazon. Speaking engagements developed.

I continued self-publishing with the team I assembled: two editors (one for content and one for proofreading), a cover designer, and an audiobook narrator. I steadily built up my newsletter subscribers and launch team members. I’m thankful that God allows me to share the Word with these people and make a difference in their lives. Many of them have become friends.

I wasn’t encouraged or discouraged since I had no idea what a good number of sales would be: three, or thirty, or three hundred per day or per month? Many authors wrongly believe you publish your book, get it on Amazon, and it sells itself. I’ve read statistics that the average self-published book sells 50-to-200 copies.

I was still entertaining traditional publishing until I spoke to an established, traditionally published author. He asked me for my sales numbers, I told him, and he said, “You shouldn’t minimize how many books you’re selling. Keep self-publishing. That’s probably more than you could sell with a traditional publisher.” He also went on to describe some nightmare situations authors experienced working with traditional publishers.

That was enough for me. I’d keep self-publishing.

When God Seemed to Redirect

In September 2019 I spoke to another author, Dennis Ricci, and he said, “I checked out your stuff, and it seems like you have a lot of good things going on. I’d like to introduce you to a friend of mine who’s a literary agent, Blythe Daniel. She runs The Blythe Daniel Literary Agency.” If Blythe wanted to speak with me, I figured it couldn’t hurt to see what she had to say. Plus, as I researched Blythe I saw that she was literary agent of the year, and her clients I contacted said she was wonderful.

Blythe and I started communicating, and I liked what she had to say. Most importantly I was impressed with her heart for the Lord. I signed with the Blythe Daniel Literary Agency in October 2019, and since then she has become a good friend, and I hope she would say the same about me.

Why Did I Decide to Sign with a Literary Agent?

Before signing I spoke with many of Blythe’s agents. As I told her in a message, I couldn’t imagine clients speaking more highly of an agent. Most considered her a good friend, and all of them praised her services. I wanted an agent who shared my Christian values, and that’s what God has provided.

Her agency has won many awards, and a few years ago she was voted literary agent of the year. I feel very blessed to work with her, and believe this is the beginning of a friendship that will last for years.

Since writing this post, much has transpired. After Blythe Daniel pitched my proposal to numerous publishers I was able to secure a contract. Read all the details in the post I wrote about signing with Harvest House Publishers.

Three Things You Can Do If You Haven’t Already…

And please keep doing the same things you might have already been doing! Keep reading my books, watching (or listening to my messages).

I still consider it a privilege to have you in my life and be able to pray for you, and have you pray for me. Thank you so much!

I have the same two-fold desire with all of my books: that they exalt Christ and draw people to Him. Please pray for my writing (and ministry in general), that God uses it for His glory and honor.

PrevPreviousThe Morality of Listening and Speaking
NextWho Was the Angel of the Lord in the Old Testament?Next