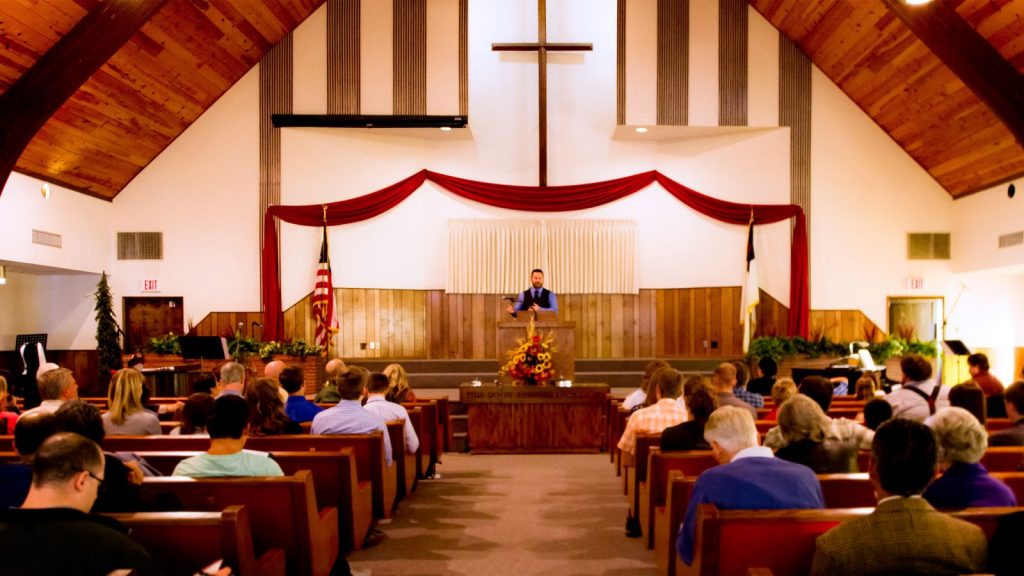 How to Prepare a Sermon Step by Step

The Bible doesn’t tell us how to prepare a sermon step-by-step. Read on to see my step-by-step sermon preparation. These are the exact steps I followed developing a sermon.

As I develop a sermon, it takes up much of my week. I’ve often wondered what other pastors do and how much time it takes them. This led me to some articles discussing the preparation of well-known pastors. John MacArthur and Mark Dever said they require 30 to 35 hours of preparation per week, while at the other end of the spectrum Mark Driscoll said he only needs 1 to 2 hours. It’s worth adding no other preachers even come close to approaching the minimal amount of time Driscoll said he requires. Most other prominent pastors – Matt Chandler, John Piper and Tim Keller – said they require around 14 to 16 hours per week.

This looks to one of the interesting realities associated with preaching: pastors prepare in vastly different ways. While I’m sure there are some similarities between great preachers (their familiarity with Scripture, diligence in studying, time committed to prayer, etc.), their actual sermon development looks very different.

Even though I’ve only been preaching consistently for the years I’ve been at Woodland Christian Church (when I was at Grace Baptist I preached occasionally, approximately once every 6 to 8 weeks), the way I prepare has changed slightly and perhaps it will change even more in the future, but for the most part it has remained the same. I thought I might provide some posts discussing how I prepare a sermon. First I’d like to be clear though that I don’t think there’s necessarily a right or wrong way to develop a sermon and I don’t think what I do is better than what others do. With that said…

Step One: Read over the passage many times

I want to make sure I’m very familiar with the passage. Since it usually takes months to preach through a chapter, most passages have been read numerous times.

Step Two: Copy the verses to Word with spaces between them for notes

Whether it’s for a sermon, Sunday School message, devotional or any other teaching, my notes always keep the same format: I put the verses in bold, my notes in normal font, and quotes in italics. This provides visual clues for me as I’m teaching. If you’d like to see the notes for any of my sermons as examples, you can click on any of my messages and the notes are attached.

Step Four: Determine the number of verses to cover

I take two factors into consideration:

As those people who have attended WCC for any amount of time know, the number of verses I expect to cover usually ends up being much less than I actually end up covering. As a result, the passage I copy to Word in Step 2 usually lasts a number of weeks. For example, when I recently preached through Ephesians 5, I copied verses 25 to 33 to Word, but those verses were split up over six sermons, therefore lasting six weeks. When I copied 1 Peter 3:1-6 to Word (the verses discussing wives), the passage became three sermons lasting three weeks.

A manuscript is invaluable

While some pastors’ notes contain statements or phrases reminding them what to say, I write out everything I want to say.  Manuscripts typically average about 4,500 words, which results in 50-55 minutes sermons.

While it’s great to be “led by the Spirit” – and there’s definitely the occasional addition to a sermon that wasn’t in my notes – I think it’s much better to have invested the time studying and use the material that’s been meticulously prepared, prayed over, thought about during the week, etc. than information preached off the cuff

This step takes place throughout the week as opposed to one point in the process. There might be times during Step I when I’m reading over the passage and something strikes me as significant and worth emphasizing, so I’ll make a lesson for it. Then I put the lessons on an insert for the congregation to fill out while I’m preaching. I decided to try this for one of my earliest sermons at WCC and I’ve been doing it since. Here’s the interesting – and somewhat ironic – background…

My previous church, Grace Baptist, is where I began paid ministry (first part-time, and when the church grew they hired me full-time). The senior pastor, Joe Gruchacz, who was also my mentor, used inserts with lessons, but I thought it was unnecessary – and honestly – somewhat silly. Why? Because I spent my Christian life in Calvary Chapels where I hadn’t seen that done, and I was convinced what CC did I should do, and what CC didn’t do, I shouldn’t do. My suspicion is Pastor Joe probably got tired of hearing me say, “That’s not what Calvary Chapel does!”

“A sermon is not a running commentary on a passage. I emphasize this because there are many today who have become interested in what they regard is expository preaching, but who show very clearly that they do not know what is meant by expository preaching. They think it means making a series of comments, or running commentary, on a passage. They take a passage verse-by-verse and they make their comments on the first, then they go onto the next, and when they have gone through the passage in this way they imagine they have preached a sermon. But they have not; all they have done is make a series of comments on the passage. I would suggest far from having preached a sermon such preachers have only preached the introduction to a sermon.”

Occasionally I preached for Pastor Joe and these words were meant as a criticism of what I was doing. I have to say this quote was perfectly fitting, it has really affected my preaching, and I’m very thankful Pastor Joe cared enough about me (and those I’d be preaching to over the years) to share it with me. Even though I still generally preach verse-by-verse and probably always will, this motivated me to ensure the material in my sermons was arranged in such a way that it wasn’t simply a “running commentary.” Part of that has been the addition of lessons that I try to relate to an overall theme.

One of my weaknesses when I started preaching was my sermons were largely teaching with a lot of technical information, but little application. Katie has really helped me in this area as a result of our different preferences. I could listen to a sermon with little-to-no application and if the verses are clearly explained I’ll enjoy it, but Katie will be bored: “How is that going to help me be a better mother or wife?” And if a sermon is filled with application, but contains little exposition, she’ll be thrilled and I’ll be disappointed: “He read over those verses and hardly explained them?!?!”

This led to some interesting conversations between us when we first started going over my sermons together. At times I would consider the application from verses to be obvious to the congregation asking Katie, “Don’t you think everyone will take away that application from the explanation?” Katie would say, “No, you need to make it clear. Spell it out for us.” Over time I put more application in my sermons, trying to provide a balance with exposition/teaching. I want to make sure people have a thorough understanding of the verses, while also receiving application for their lives.

I’m almost always hundreds of words over a reasonable length for my sermons. This requires cutting out parts of my sermon: a painful, but beneficial process because it forces me to make every word count. There are times at the very end of my sermon when I’m looking back-and-forth between paragraphs struggling with what to remove or keep.

Here’s a quote by Mark Twain that really sums up what it feels like: “I didn’t have time to write a short letter, so I wrote a long one.” He meant – and it’s what everyone has experienced when they’ve had  to be careful with their words – it takes more time and focus when we’re limited by space; when we have to be concise.

Step Seven: Preach the notes (perhaps with your wife?)

This takes place two times per week, about two-to-three hours each time. My parents usually come over to watch the kids, but sometimes Katie’s brother Boyd or sister Molly (who moved to the area) help; it really is a family affair! We normally do this Thursday morning, and then I make changes the rest of Thursday and Friday, before going over it again on Saturday. If a third time is required (because perhaps it was a little rougher than expected on Thursday), we’ll try at some point on Friday. Going over my sermon with Katie serves a number of beneficial purposes.

Since we don’t speak the way we write (usually our writing is more formal), when I go over my sermon with Katie it allows me to change my notes from the way I write to the way I want to speak from the pulpit. I’ll add visual cues and arrange the information in such a way that it’s easier to preach: bullets, capitals, ellipses, spaces between lines or thoughts, etc.

One of the difficulties associated with preaching is it involves presenting information I’ve studied, become familiar with, etc. and as I explain it I’ll believe I’m doing so in a clear, understandable way…but maybe I’m not! One of the blessings of going over my sermon with Katie is she’s able to say, “Ummm…that doesn’t make sense.” Maybe I’ll say, “Okay, this is what I was trying to say” and she’ll say, “Well that’s not what it sounded like you said. What you just said is what you should say instead.”

Also, Katie might have verses or thoughts that she’ll share with me. The funny thing is when we start my sermon I’ll say, “I’m X hundred words over a reasonable length” and Katie will say, “Oh, I’ll help you with that” implying she’ll ruthlessly tell me parts of my notes that can be taken out – which she does – but she usually offsets that by the verses, stories, ideas, etc. she thinks I should add.

PrevPreviousTemptation Often Comes Back Stronger
NextGod Loves a Cheerful Giver and How You Can Become One (2 Corinthians 9:7)Next