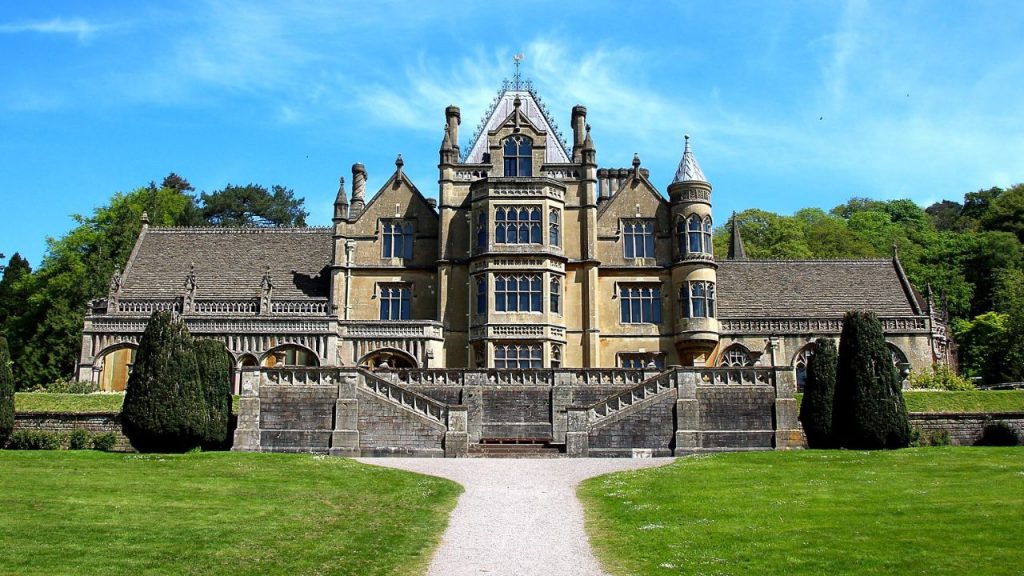 If You Seek Great Things for Yourself (Jeremiah 45:5)

According to Business Insider, we spend an average of 90,000 hours, or about ten years, working. This is a long time, so hopefully, it’s spent doing something we enjoy and find fulfilling. The reality is that even for people able to say they love their jobs, they still experience work-related trials. We know this because we live in a fallen world. The consequences of The Fall affect all areas of our lives, including our jobs.

Take your minds back to God’s words to Adam:

“Cursed is the ground for your sake; in toil you shall eat of it all the days of your life. Both thorns and thistles it shall bring forth for you, and you shall eat the herb of the field. In the sweat of your face you shall eat bread till you return to the ground, for out of it you were taken; for dust you are, and to dust you shall return” (Genesis 3:17–19).

I have written this chapter because of the curse. Hopefully, it will help you in those exasperating times when you feel the thorns and work doesn’t seem like a blessing!

Baruch Was a Man Who Hated His Job

Scripture contains a lesser-known account of a man who was fed up with his work, and that’s Baruch, Jeremiah’s faithful scribe. He’s one of the unsung heroes of the Old Testament. Jeremiah was the most despised man of his day, and throughout much of his ministry, Baruch was his only friend. Jeremiah faced rejection and persecution from his countrymen. Being the closest person to Jeremiah meant Baruch experienced much of the same. At one point, Baruch started wanting something different for himself. Jeremiah 45:1–5 records:

The word that Jeremiah the prophet spoke to Baruch the son of Neriah, when he had written these words in a book at the instruction of Jeremiah, in the fourth year of Jehoiakim the son of Josiah, king of Judah, saying, “Thus says the Lord, the God of Israel, to you, O Baruch: ‘You said, “Woe is me now! For the Lord has added grief to my sorrow. I fainted in my sighing, and I find no rest.”’
“Thus you shall say to him, ‘Thus says the Lord: “Behold, what I have built I will break down, and what I have planted I will pluck up, that is, this whole land. And if you seek great things for yourself, seek them not; for behold, I will bring adversity on all flesh,” says the Lord. “But I will give your life to you as a prize in all places, wherever you go.”’”

How did God respond? Did He feel sorry for Baruch? Did He apologize to him? He said: “Do not seek [great things for yourself].” This is the opposite of the Prosperity Gospel, Health and Wealth Doctrine, or Name-It-and-Claim-It Movement, which teaches people to “Seek great things for [themselves].” In Joel Osteen’s New York Times best-selling book, Your Best Life Now: 7 Steps to Living at Your Full Potential, he writes:

God wants us to constantly be increasing, to be rising to new heights…God wants to increase you financially, by giving you promotions…God wants this to be the best time of your life. But if you are going to receive this favor, you must enlarge your vision. You can’t go around thinking negative, defeated, limiting thoughts. If you will keep the right attitude, God will take all your disappointments, broken dreams, the hurts and pains, and He’ll add up all the trouble and sorrow that’s been inflicted on you, and He will pay you back with twice as much peace, joy, happiness, and success…God wants to give you your own house. God has a big dream for your life.

If Baruch had Joel Osteen’s theology, he’d be convinced that God wanted him to pursue something better for himself, but that couldn’t have been further from the truth. Your Best Life Now was on the New York Times best-seller list for more than two years, and it has sold over eight million copies. The book’s popularity reveals how many people are deceived about what God wants for them.

Three Reasons God Might Not Wanting Us Seeking Great Things…

First, There Might Be Things God Doesn’t Want Us Seeking Because We Seek Them for Ourselves

As a pastor, I’ve told my congregation that they rarely come to me with easy, black-and-white questions. Instead, they ask me about challenging situations, such as, “Should I stay in my current job or look for another one?” I just concluded meeting with a couple who is considering adopting two children.

I experience enough difficulty counseling people in my church when I can speak face-to-face with them and hear all the details they want to share with me. How much more difficult­—if not impossible—would it be for me to know what you, the reader, should do in your job when I don’t have any familiarity with your situation? Therefore, let me be perfectly clear that I’m not encouraging you to get a new job or stay in your current one.

Maybe you’re experiencing discomfort and distress, but God might be using it to grow you where you are, or He might be moving you on to something new. My desire is twofold: to help you make the right decision and to give you biblical encouragement for whatever job you’re in.

God said Baruch wanted these things “for [himself].” Since most people couldn’t read or write, being a scribe was a respected and lucrative profession. More than likely, he had high hopes for position, honor, and wealth. He knew if he didn’t serve Jeremiah, he could’ve enjoyed a comfortable, and perhaps even, luxurious life.

This life isn’t about accumulating “great things” for ourselves. James 4:3 says, “You ask and do not receive, because you ask amiss, that you may spend it on your pleasures.” This seemed to be the case with Baruch, and God rebuked him for it. If we want a new job, and our motives are selfish, we should expect God to view our motivation similarly.

Second, There Might Be Things God Doesn’t Want Us Seeking Because They Aren’t Going to Last

God told Baruch He was going to “break down [what He] built, pluck up [what He] planted, [and] bring adversity on all flesh.” God didn’t want Baruch to seek great things because He was going to destroy everything. But He told Baruch, “I will give your life to you as a prize.” Baruch wouldn’t get all the “great things” he wanted, but he would get to survive. Many people were going to die in the judgment God brought, but he would be safe.

Baruch would take nothing with him, except for his life. The same is true for Christians in that we don’t take anything with us when we die, but we receive eternal life.

Second Peter 3:10 says, “The day of the Lord will come as a thief in the night, in which the heavens will pass away with a great noise, and the elements will melt with fervent heat; both the earth and the works that are in it will be burned up.” Even though we don’t live in Jeremiah’s day, Peter’s words communicate the same truth to us that God communicated to Baruch. Similarly, in 2 Corinthians 4:18, Paul said, “The things which are seen are temporary,” which is to say they’re passing away. When Job lost everything, he said, “Naked I came from my mother’s womb, and naked shall I return there” (Job 1:21). He encouraged himself with the reality that he came into this world with nothing and would leave with nothing.

Because of the temporary nature of this life, we shouldn’t work for what it offers. Instead, we should work for the eternal. As Jesus said:

We should work with heaven in mind, where the result of our labors will last for eternity. As C.T. Studd famously wrote in his poem, “Only one life, twill soon be past, only what’s done for Christ will last.” The question we should ask is: “How well does this job prepare me for eternity?” It would be better to work in a lower-paying, more-challenging job that is part of God’s will than a high-paying, compromising job that is not God’s will.

Focusing on eternity gives us the motivation we need on our worst days on the job. Ninety-thousand hours is a long time to work, but it’s nothing compared with eternity. When we reach the end of our lives, we will be thankful if we were faithful in our work. This is the perspective that allows us to persevere when we’re suffering in the workplace.

Third, There Might Be Things God Doesn’t Want Us Seeking Because They Aren’t Part of God’s Plan

Because we have limited amounts of time and energy, saying “yes” to something means saying “no” to something else. Let me share an example from my life. In the first few years of teaching elementary school in Marysville, California, I also coached middle school and high school wrestling. When I moved to Lemoore, California, I was only able to coach the middle school because the high school had a successful coach who’d been inducted into the State Wrestling Hall of Fame. The program was extraordinarily successful, winning nineteen consecutive league championships, and the facilities were some of the best I’d ever seen.

You can imagine my excitement when the coach moved on to the collegiate level and talked to me about taking over the high school program for him. The difficulty was that this coincided with two other things in my life. First, I started getting more involved in my church, and second, Katie and I started talking about marriage. We wanted to put our family in God’s hands and allow Him to give us children as He saw fit, which meant parenting could’ve followed nine months later.

The commitment was huge to follow such a successful coach. He built the program by investing his life in it. There was no way I could take over without doing the same. I had to choose between two directions: coaching high school wrestling or marrying Katie and pursuing ministry. There’s nothing wrong with coaching wrestling—I had done it for years earlier—but I could tell it was no longer part of God’s plan for my life. I had to trade coaching a top tier high school wrestling program, which to me, was a “great thing” for something that might not have looked great to others: serving in the church and having a family.

Being Jeremiah’s scribe meant giving up great things Baruch wanted, even though they weren’t selfish or sinful. Similarly, embracing the job God wants us doing might mean giving up great things we want, even if they aren’t selfish or sinful. Although, if our greatest concern is doing what God wants, we can be encouraged. Despite how things might look in man’s eyes, as we’ll see in the next chapter, if we’re obeying God, we’re doing something great in His eyes.

PrevPreviousIn This World You Will Have Trouble, but Take Heart (John 16:33)
NextIf Your Brother Sins Against You, Rebuke Him, But… (Luke 17:3 and Judges 20)Next