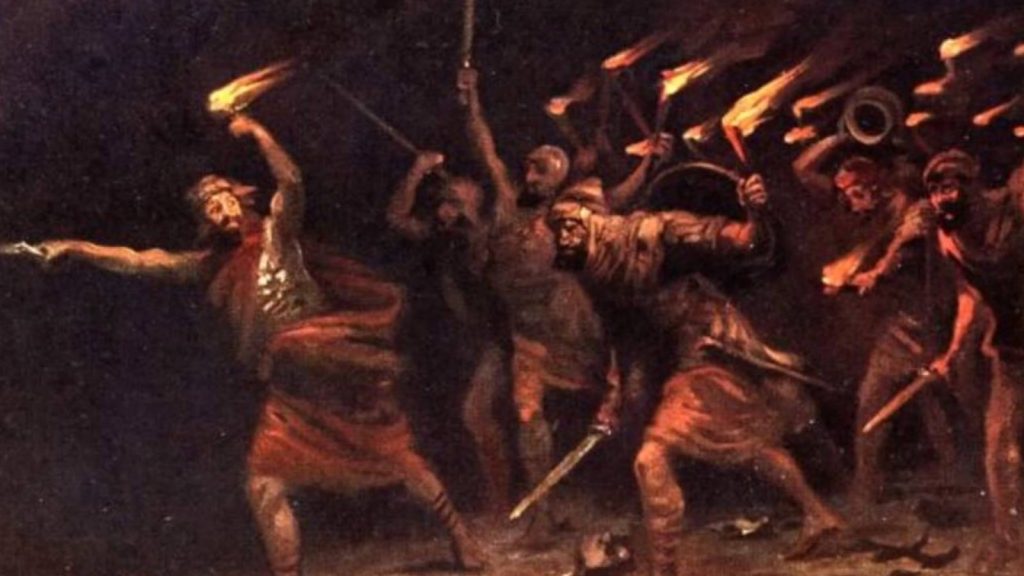 Paul said, “For God chose the foolish things of the world to shame the wise” (1 Corinthians 1:27). Read on to see how God doesn’t choose like man chooses.

This is the opposite of the way man chooses!

Why would God choose foolish, weak, lowly, and despised?

We’re given the answer: so He gets all the glory! Whether it’s God choosing Israel, Gideon, David, The Twelve, or any of us, God chooses the way He does so it’s obvious it’s all Him. There’s no human explanation.

For God Chose the Foolish Things of the World, but They Were the Right People

Miracle is one of my favorite movies, depicting the true story of the 1980 U.S. Olympic ice hockey team winning the gold medal by defeating the Soviet Union in one of the greatest upsets in history. The head coach, Herb Brooks, is very familiar with the players through coaching, scouting, and watching film. So he’s able to choose his team very quickly. The assistant coach, Craig Patrick, comes to talk to Herb on the first day of tryouts:

For God Chose the Foolish Things of the World In…

Consider all the nations God could’ve chosen. Did He choose Israel because they were going to be so obedient and submissive? The Old Testament reveals they were largely disobedient and rebellious.

Did He choose them because they were so large and powerful? It’s actually the opposite:

The Lord did not set His love on you nor choose you because you were more in number than any other people, for you were the least of all peoples.

Definitely not the way man would choose.

When God chose Gideon to save Israel, did He do so because he was so great and powerful? Upon learning he was chosen, Gideon said,

“O my Lord, how can I save Israel? Indeed my clan is the weakest in Manasseh, and I am the least in my father’s house.”

Again, not the way man would choose.

Samuel said to Jesse, “Are all the young men here?” Then he said, “There remains yet the youngest, and there he is, keeping the sheep.”

David’s own family didn’t choose him. They left him out in the field watching the sheep, because they thought there was so little chance of him being king. That’s how “least” and “weakest” he was, but he was God’s choice.

I Didn’t Choose as Jesus Chose

As much as I disliked losing, the one thing I disliked even more was tryouts; I hated having to choose some kids and not others. I think about this when considering Jesus’ “winning” team:

It wouldn’t be too much to say few people have ever been more important than these men. So of course the Lord would choose men who:

Nope! Consider these four things about the way Jesus chose…

The disciples were proud, self-centered, and self-promoting.

Throughout the Gospels Jesus commended people’s faith, saying “Your faith has made you well.” At one point He even applauded the faith of a Roman centurion (Rom 8:10). The Lord wasn’t opposed to complimenting people’s faith!

But as much as Jesus seemed to compliment the faith of others, He seemed to just as frequently rebuke the unbelief of The Twelve:

Jesus graciously warned the disciples they were going to forsake Him, but Peter argued and so did the others:

Peter said to Him, “Even if I have to die with You, I will not deny You!’ And so said all the disciples.”

But after Jesus’ arrest:

They all forsook Him and fled.

As long as Jesus performed miracles and things looked good, they were committed to Him. But as soon as He was arrested and they were afraid for their lives, they abandoned the Lord. And again, this is after they were discipled!

There are lots of interesting observations that can be made about The Twelve:

But probably the oddest thing about the Twelve is none of them were religiously trained. We’re so familiar with them we don’t think much about this, but consider Jesus was choosing men to carry on His work in His absence. If Jesus owned…

But even though Jesus’ work was entirely spiritual, He didn’t choose one rabbi, scribe, Pharisee, Sadducee, or priest. He chose men that were going to build the religion of Christianity, but He didn’t choose one recognized religious leader. He chose four fishermen, one tax collector, and other than that we don’t know their occupations. But we can see He chose very common, ordinary men to do the work.

For God Chose the Foolish Things of the World, and Few Are Chosen

While preaching the Parable of the Wedding Feast, Jesus said:

Many are called, but few are chosen.

That verse doesn’t seem to fit. It seems like Jesus should’ve said, “Many are called, but few respond” because the parable is primarily about people unwilling to accept the King’s invitation (call to salvation).

The many called are those who hear the Gospel. It’s the second step in God’s wonderful plan of redemption in Romans 8:30:

The call itself takes place:

The kingdom of heaven is like a certain king who…sent out his servants to call those who were invited to the wedding.

The call is to see yourself as a sinner, stop trusting in your own righteousness, embrace Jesus as Lord and Savior, and receive His righteousness by grace through faith.

The call goes out again in verse 4: “Again, [the King] sent out other servants, saying, “Come to the wedding.” But in verses 5 and 6 it says, “They made light of it and went their ways…the rest seized his servants…and killed them.” This group’s rejection is even worse than the first as you again see the people choosing not to come, choosing instead to reject the wonderful love and grace of the King. Then after their rejection, you see that they weren’t “chosen,” looking to the sovereignty of God in choosing the elect.

Would Jesus Choose You?

Are you common and ordinary enough to be chosen and used by the Lord? Do you lack humility, faith, commitment, and religious training?

Then you might be a perfect choice for Jesus!

The Twelve Jesus chose should be a great encouragement to us. They should convince us the Lord can, and wants to, use us too.

PrevPreviousAm I Saved? Seven Tests to Know!
NextThe Blessings of the BeatitudesNext