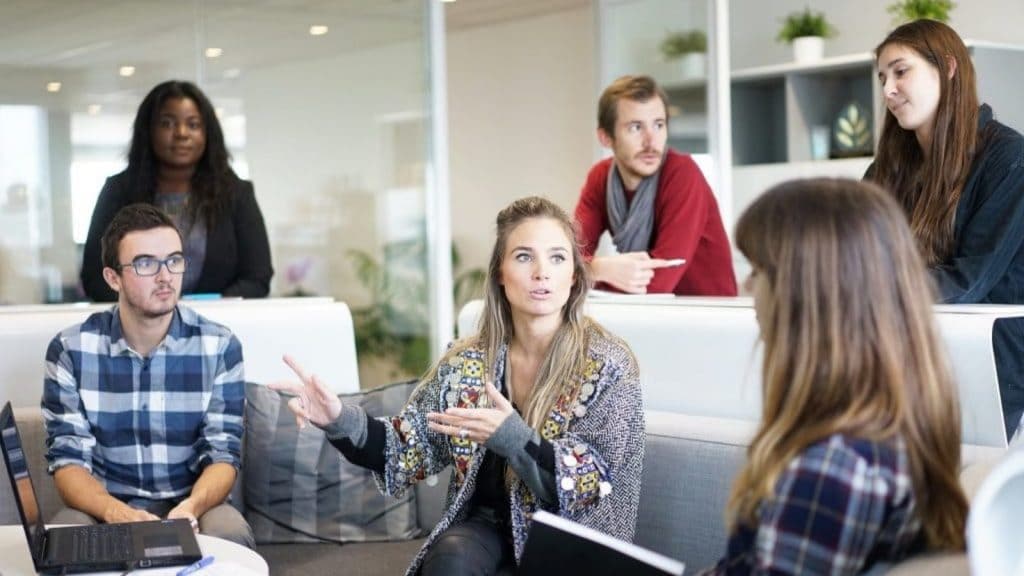 The Morality of Listening and Speaking

Most people know their speech is moral, but they might not know that the amount they listen and speak is also an issue of morality.

Many verses discuss the morality of our words. For example:

What we say is moral or immoral. The prophet Jeremiah suffered terribly at the hands of his fellow Jews. He lamented over his abuse, but he seemed to recover from the physical abuse easier than the verbal abuse. When Michal ridiculed David, their relationship was never the same. Words can have lasting consequences:

There is one who speaks like the piercings of a sword.

When we think of the morality of speech, we typically think of what we say, but we should also think of how much we say.

The Morality of Listening Too Little and Speaking Too Much

So then, my beloved brethren, let every man be swift to hear, slow to speak, slow to wrath.

The verse contains three commands, which means we’re dealing with morality. It is moral to be quick to hear, slow to speak, and slow to anger. It is immoral to be slow to hear, quick to speak, and quick to anger. Anger and listening might be mentioned together because they’re closely related. As a pastor, when I’m counseling, sometimes it’s obvious early on who’s more at fault because they’re slow to hear and quick to get angry.

Ecclesiastes teaches that one way to identify fools is they talk too much:

A fool’s voice is known by his many words…a fool also multiplies words.

David took so seriously how much he said that he prayed God would protect his mouth for him:

Set a guard, O Lord, over my mouth; keep watch over the door of my lips.

The Need for Self-Control

One reason talking too much is a sign of foolishness is it shows a lack of self-control. We all think of things we shouldn’t say. It’s wise when we keep them to ourselves, and it’s foolish when we let them escape our mouths. Peter is probably the best example in Scripture. He’s known for talking too much, and at the wrong times. At the Transfiguration,

Then Peter answered and said to Jesus, “Rabbi, it is good for us to be here; and let us make three tabernacles: one for You, one for Moses, and one for Elijah’—because he did not know what to say, for they were greatly afraid.”

Peter didn’t know what to say, but he spoke anyway. The parallel account:

While [Peter] was saying this, a cloud came and overshadowed them; and they were fearful as they entered the cloud. And a voice came out of the cloud, saying, “This is My beloved Son. Hear Him!”

God the Father interrupted Peter and said His Son should’ve been speaking, and Peter should’ve been listening. Peter’s life reveals, on more than one occasion, that if we don’t know what to say, it’s better not to say anything at all. If you can’t improve on silence, don’t.

A Bigger Problem Than Ever?

In today’s culture, there are more opportunities to talk than ever, or a better way to say it might be: there’s never been another time in history when even fools can have platforms. Anyone can start a blog or get on social media, such as Facebook and Twitter, and say as much as they want, about almost anything they want. We have cell phone plans with unlimited minutes and unlimited numbers of texts. There are talk shows and call-in radio for people to constantly sharing their opinions. It’s never been easier to lack self-control, and give in to the temptation to talk too much

As Christians, talking too much even hurts our witness:

If anyone among you thinks he is religious, and does not bridle his tongue but deceives his own heart, this one’s religion is useless.

People won’t take our religion seriously if we can’t control our mouths. It’s almost like they can’t see Christ because our tongues get in the way.

“Let no corrupt word proceed out of your mouth, but what is good for necessary edification, that it may impart grace to the hearers.”

If this verse set the standard for us, I wonder how much of our communication can really be considered good for building up and [giving] grace to those who hear it?