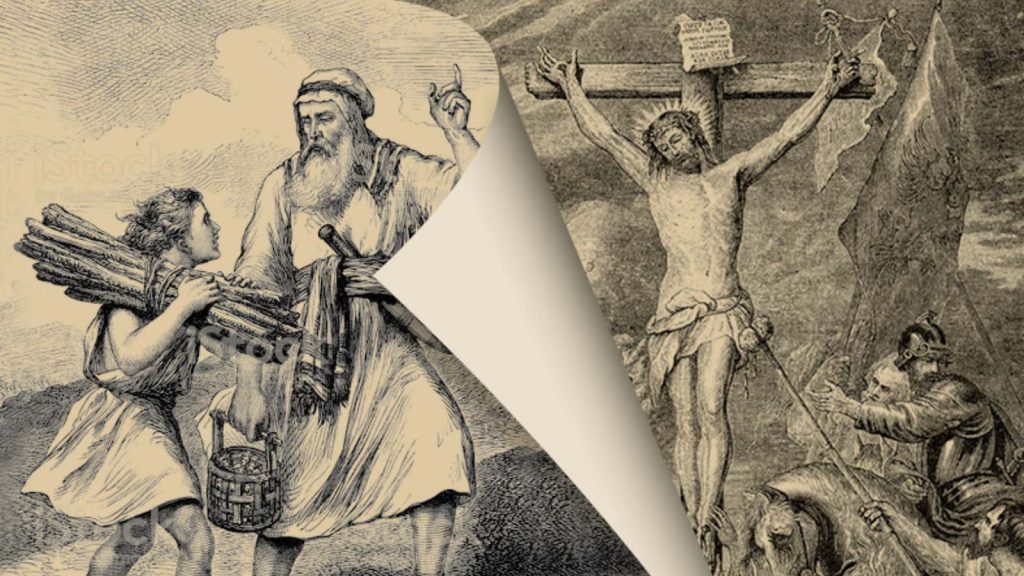 I became a Christian in my early twenties. Soon after, I started reading the Bible for the first time. Like many people, I began “in the beginning” at Genesis 1:1. I read some accounts I was already familiar with: creation, the fall, Cain and Abel, and the flood. I did not struggle with much of what I read, not even the destruction of Sodom and Gomorrah. Then everything came to a screeching halt when I read about God asking Abraham to sacrifice his son, Isaac:

[God] said, “Take now your son, your only son Isaac, whom you love, and go to the land of Moriah, and offer him there as a burnt offering on one of the mountains of which I shall tell you.”

I thought, “God made Abraham wait so long for this son. Why would He then make such a cruel request? I can understand God calling down fire on Sodom and Gomorrah, but how could He ask Abraham to sacrifice his own son?” As a new Christian, I did not understand. After careful studying, I realized God did not intend for Abraham to sacrifice Isaac. We know that because the Angel stopped him:

“Do not lay your hand on the lad, or do anything to him.”

If God didn’t want Abraham to sacrifice Isaac, what did He want?

The answer is twofold…

First, God Asked Abraham to Sacrifice Isaac, Because He wanted to Test Him

We read that in the first verse of the chapter:

Now it came to pass after these things that God tested Abraham, and said to him, “Abraham!”

God’s request had never been anything but a test—not to see Abraham sacrifice Isaac, but to see whether Abraham would do it. When Abraham revealed he would obey God’s command, the Angel stopped him. Abraham passed the test, and there was no reason for it to continue.

Second, God Asked Abraham to Sacrifice Isaac, Because He Wanted to Reveal What He Would do with Jesus

Abraham and Isaac is a type and shadow. God revealed what He would do two thousand years later when He sacrificed His Son and then raised from the dead on the third day. God wants us to understand the sacrifice He made, so He put it in human terms.

Twice the Angel of the Lord commended Abraham for not withholding his son:

God had no intention of Abraham sacrificing Isaac, but this account looked forward to what God had every intention of doing with Jesus. Abraham did not spare his son but was willing to deliver him up:

“[God] did not spare His own Son, but delivered Him up for us all, how shall He not with Him also freely give us all things?”

First, Jesus Wants Us to Appreciate the Sacrifice He Made for Us

Think of what it was like for Isaac. When you put yourself in Isaac’s place, you can identify with how hard it was for Jesus. What if you received the same request Isaac received? As you consider the sacrifice Isaac was willing to become, reflect on the even greater sacrifice Jesus became. He said:

Greater love has no one than this, than to lay down one’s life for his friends.

Imagine that you prepare a delicious feast for your friends, but when they arrive, they sit on the floor and eat the crumbs that fall from the table. If you read the account of Abraham and Isaac and fail to see God the Father and His Son, you are eating the crumbs. You have missed the wonderful feast that has been prepared for you.

Genesis 22 is not primarily about Abraham and Isaac. Yes, they are present, but you want to see the true and greater Father and Son in the story:

Now there were certain Greeks among those who came up to worship at the feast. Then they came to Philip, who was from Bethsaida of Galilee, and asked him, saying, “Sir, we wish to see Jesus.”

Desiring to see Jesus should be our hearts’ cry! My desire for you is that you see Jesus. Then, by seeing Him, you grow in your love and thankfulness for Him.

Third, God Wants us to Appreciate His Love for Us.

God demonstrates His own love toward us, in that while we were still sinners, Christ died for us.

Isaac and Jesus Were Loved by Their Fathers

In Genesis 22:2 God said, “…whom you love…” The “Principle of First Mention” encourages Bible scholars to take notice of the first time words are used in the Old and New Testaments, and even in each book of the Bible. The idea is God reveals the truest meaning of a word when it first occurs. Genesis 22:2 contains the first use of the word “love.” Considering the different relationships involving love—for example, mother to a son, daughter to a father, sister to a brother, husband to a wife—makes it more significant that the first time the word “love” is in the Old Testament, it describes the love a father feels toward his son.

The first time the word “love” occurs in the New Testament also describes a Father’s love for a Son. God’s words at Jesus’ baptism echo His words to Abraham:

Isaac and Jesus Reveal God’s Love for the World

God stated His love for Jesus at the beginning of Matthew, Mark, and Luke; however, a change takes place in John’s gospel. The first time John uses the word love he describes God’s love, not for His Son, but for the world—a love so great that God was willing to sacrifice the Son He stated His love for in the previous three gospels:

For God so loved the world that He gave His only begotten Son, that whoever believes in Him should not perish but have everlasting life.