I think we all know people who seem to know a lot about a lot of different things. I’m not one of those people. There were a number of years I was really into working out, and if you’re going to be even remotely successful when it comes to fitness you have to know as much about nutrition as you know about working out; you could say you have to know as much about what you do in the kitchen as what you do in the gym. As a result, nutrition became one of those areas of my life where I invested a lot of time learning. If you walk through the supplement section in stores, you can see the huge number of products. While there’s some disagreement about which supplements are best, there’s virtually no disagreement about one supplement that everyone should take and that’s a multivitamin. If you talk to the most hardcore bodybuilder or the most committed health enthusiast you’ll be told, “Make sure you take a multivitamin!”

That’s why a recent editorial in the Annals of Internal Medicine made a splash in the fitness and even non-fitness community: “Enough Is Enough: Stop Wasting Money on Vitamin and Mineral Supplements.” I saw that and thought, “Are you kidding me? Now we’re being told not to take multivitamins?” It was sort of like: “Is there ANYTHING that doesn’t change? Is there anything we can believe today that will still be true later? Is there anything we can invest time and energy into doing that we won’t find out later was a waste…or even worse was detrimental to us?” Believe it or not there are actually some people saying not only are multivitamins unnecessary, they’re unhealthy!

Now you probably see where I’m going. No, I wasn’t primarily wanting to talk about health; I wanted to discuss one of the many reasons I’m so thankful for God’s Word: it doesn’t change. I know I’ll never find out I believed something wrong. I know I’ll never build my marriage, family, life, etc. on something and have regrets later. There’s a tremendous safety for pastors in God’s Word: I’ll never look back with frustration about what I taught…as long as I’m teaching God’s Word. One of the most sobering aspects of being a pastor is giving people counsel…because people might actually do what you say, but if the counsel you’re giving people is from God’s Word (whether you’re a pastor or anyone else for that matter), you can always have peace that it’s true, correct and unchangeable. 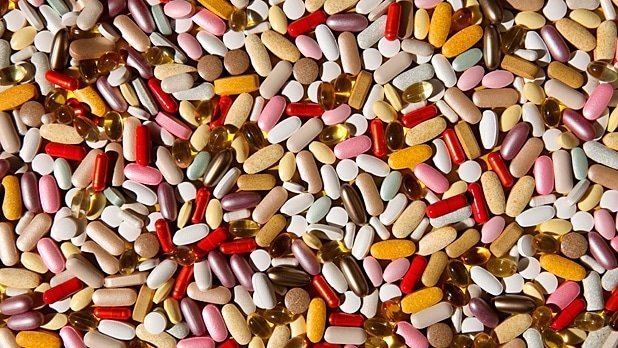