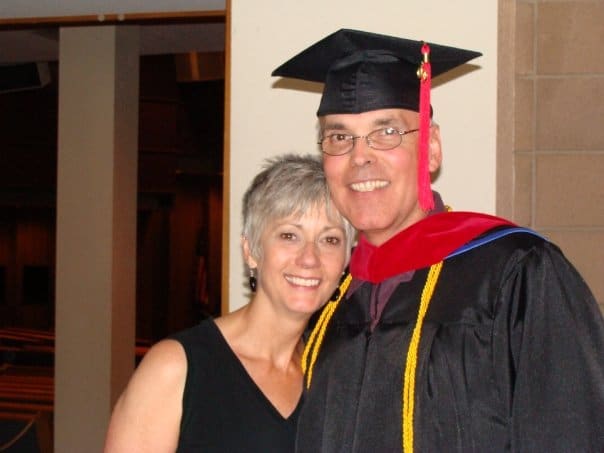 When people discuss their blessings, they’ll usually mention spouses, children, friends, health, finances, etc. If you asked me to discuss my blessings I hope I would mention the godly men God has put in my life. One of the most important is Barry Branaman.

He was a mutual friend of Elwyn and me when I taught in Marysville, CA. I met Barry through his two daughters who attended a young adults’ Bible study I started attending. He became my mentor soon after I became a Christian. The first Bible study I ever led took place in his living room under his supervision. He rarely said anything, but it was a constant source of encouragement and comfort to have him present. I knew he could answer any questions that I couldn’t.

Barry Branaman Taught Me to Make Time for People

I spent many hours in Barry’s living room talking to him about the Bible. People have told me that I ask a lot of questions, and I would agree; however, Barry was the person God put in my life at that time to answer all the questions I had as a new Christian…and there were a lot. If I had to single out the one person who helped me understand the Old Testament it was Barry.

Barry Branaman Taught Me About Stewardship

I told a story in a sermon about Barry helping me see our possessions as a stewardship. When I thanked Barry for letting us use their home for our bible study, his simple response was, “That’s what it’s for.” With Barry everything he had was for serving God’s Kingdom. When Katie and I visited California in December 2012, we stayed with Barry and his wife Kathy. From the moment Barry and I saw each other I felt like no time had passed. He was as gracious answering my questions then, as he had been eight years earlier.

When I moved to Lemoore, CA in 2004 I remember standing in Barry’s kitchen telling him goodbye and that I really loved him. In return he gave me A Harmony of the Gospels, which I just took off the bookshelf behind my desk to read the note he wrote inside:

May the Good News ever grace your heart and lips, thoughts and life. may the love of God always surround you and keep you in all ways. May your service in Christ be ever for His glory. May the Holy Spirit be your continued guide and Comforter, “empowerer” and keep.

On Thursday I received the news that Barry Branaman passed away at the age of 59. Last week’s sermon was about finishing strong, and Barry is an example of a man who did that wonderfully. I’m very thankful God blessed me with such a great friend, mentor, and brother in Christ. I’m much better for having known Barry, and by “better” I mean I have a deeper love for God and His Word because of him.

Abel still speaks even though he is dead” and that could be said of Barry. I learned so much from him that when I’m teaching the Bible, often I’m passing along what he taught me.

If you knew Barry Branaman and would like to share a memory about him, I’m sure it would be a blessing to anyone who reads this post.