Does asking “in Jesus’ name” mean we get what we want? 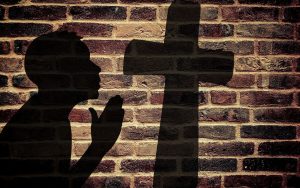 What does it mean to, “ask in Jesus’ name”? Does it mean we get whatever we want?

John 14:12-14 “Most assuredly, I say to you, he who believes in Me, the works that I do he will do also; and greater works than these he will do, because I go to My Father. And whatever you ask in My name, that I will do, that the Father may be glorified in the Son. If you ask anything in My name, I will do it.”

Here’s what he sent:

“Hey man! Hope you and your family have a great weekend. I have another one of those irritating questions I keep asking.

What is your interpretation/explanation for John 14:12-14? In other words, when I read it, it seems to say that if you believe in Jesus you can/will do the works, in fact even greater works, than he has been doing, that as long as you ask of it in his name, anything will be done.

Clearly, there is a problem here. People who believe in Jesus ask for things ‘in Jesus’ name’ all the time that never happen. And don’t give me that mysterious ways stuff, you know what I mean! And no one has gone on to ‘lay on hands’ to heal the sick or walk on water, or <insert Jesus’ miracle here>. So what is the evangelical explanation for this?

As always thanks for your time man!”

First, “greater works” means greater in number, but not significance.

When God became a Man in the Person of Jesus Christ, He took on the limitations of human flesh. Despite the “great” number of things He did, the apostles would be able to do even more because of their number and lengthier ministries (decades versus a few years).

Second, when the Bible speaks of Jesus’ name, it’s speaking of His character

Any prayer that is Jesus’ will and is asked of the Father will be answered, but it’s obvious – like you observed – that people can’t simply say, “Father, please give me a brand new Mercedes, and I ask this in Jesus’ name” and expect to have that prayer answered. Their prayer – more like a wish – isn’t Jesus’ will.

James 4:3 says, “You ask and do not receive, because you ask amiss, that you may spend it on your pleasures.” This is one of the most common reasons people’s prayers aren’t answered.

Finally, since you mentioned the supernatural/miraculous, i.e. laying on of hands for healing and walking on water, 2 Corinthians 12:12 says, “The signs of an apostle [were] wonders and mighty deeds.” One of the signs – or evidences – of being an apostle was the performance of miracles. People who aren’t apostles – which includes every believer following the close of the Apostolic Age – won’t be able to perform miracles. Despite what Benny Hinn or any of the other “faith healers” sadly try to convince people of for their financial gains.

No matter how much people like Benny Hinn bother you, they bother me more. Jesus and Paul reserved some of their strongest words for false teachers like him.