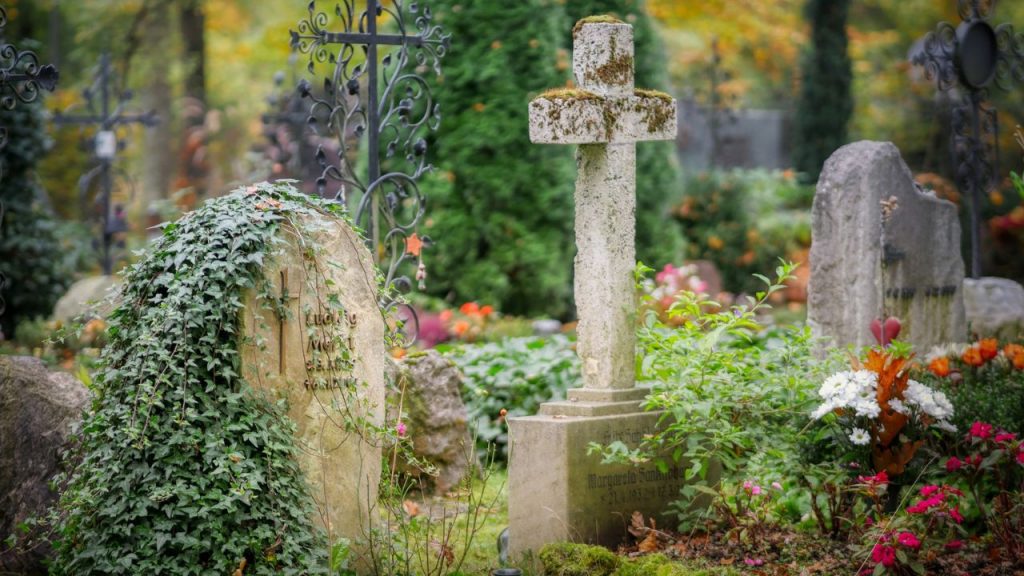 What Does the Bible Say About Cremation?

What does the Bible say about cremation? Can Christians be cremated? While I wouldn’t say cremation is a sin, there are good reasons Christians should choose burial over cremation.

I’ve been asked whether Christians can practice cremation.  While many practices are not explicitly forbidden, the Bible gives us enough information to help us make the best decision.

First, cremation was the practice of pagans

When something is common among pagans and heathens, but never God’s people, this alone should be instructive.

Second, burial was the practice of God’s people in the Old Testament

For we know that if our earthly house, this tent, is destroyed, we have a building from God, a house not made with hands, eternal in the heavens.

Paul describes our bodies as tents that are vacated upon death and then destroyed over time. Some read this and say, “So whatever happens to our bodies is irrelevant!” The problem with this thinking is two-fold.

Twice Jacob asked to be buried:

Joseph sought to see his father and his own remains buried:

Joseph’s burial was so important the fulfillment of it is recorded twice:

Third, burial is presented as a reward in the Old Testament

Godly people were honored with burials, sometimes even extravagant ones:

In the Old Testament cremation was a punishment for sin:

Zimri was an evil king of the northern kingdom of Israel, and it’s hard to find anything from his life worth emulating, including his death:

King Josiah was one of the godliest kings in the Old Testament and he made two contrasting decisions that can be informative. First, the burning of human bones on an altar desecrated it. Second, the remains of a man of God were to be left buried:

As Josiah turned, he saw the tombs that were there on the mountain. And he sent and took the bones out of the tombs and burned them on the altar, and defiled it according to the word of the Lord which the man of God proclaimed, who proclaimed these words. Then he said, “What gravestone is this that I see?”

So the men of the city told him, “It is the tomb of the man of God who came from Judah and proclaimed these things which you have done against the altar of Bethel.”

And he said, “Let him alone; let no one move his bones.” So they let his bones alone, with the bones of the prophet who came from Samaria.

Now Josiah also took away all the shrines of the high places that were in the cities of Samaria, which the kings of Israel had made to provoke the Lord to anger; and he did to them according to all the deeds he had done in Bethel. He executed all the priests of the high places who were there, on the altars, and burned men’s bones on them; and he returned to Jerusalem.

Fifth, lack of burial was a common punishment in the Old Testament

If a man begets a hundred children and lives many years, so that the days of his years are many, but his soul is not satisfied with goodness, or indeed he has no burial, I say that a stillborn child is better than he.

A poor burial (or worse no burial) was a common punishment for evil people:

God punished people by removing their remains and spreading them out above ground:

In Stephen’s speech before the religious leaders he recounted important events in Israel’s history, including even burials:

Then Joseph sent and called his father Jacob and all his relatives to him, seventy-five people. So Jacob went down to Egypt; and he died, he and our fathers. And [their bodies] were carried back to Shechem and laid in the tomb that Abraham bought for a sum of money from the sons of Hamor, the father of Shechem.

The author of Hebrews spoke positively of Joseph desiring a burial:

By faith Joseph, when he was dying, made mention of the departure of the children of Israel, and gave instructions concerning his bones.

The point of the following verses isn’t to imply they command burial, but simply that they present burial as the common New Testament practice among God’s people.

The most famous burial is Jesus’ (even though cremation would’ve made His resurrection on the third day more dramatic!). When He was anointed in Matthew 26:12 He said, “For in pouring this fragrant oil on My body, she did it for My burial” as opposed to saying, “…for My death.” In the account of Jesus’ burial, the tomb is emphasized, being mentioned five times in seven verses:

Now when evening had come, there came a rich man from Arimathea, named Joseph, who himself had also become a disciple of Jesus. This man went to Pilate and asked for the body of Jesus. Then Pilate commanded the body to be given to him. When Joseph had taken the body, he wrapped it in a clean linen cloth, and laid it in his new tomb which he had hewn out of the rock; and he rolled a large stone against the door of the tomb, and departed. And Mary Magdalene was there, and the other Mary, sitting opposite the tomb.

On the next day, which followed the Day of Preparation, the chief priests and Pharisees gathered together to Pilate, saying, “Sir, we remember, while He was still alive, how that deceiver said, ‘After three days I will rise.’ Therefore command that the tomb be made secure until the third day, lest His disciples come by night and steal Him away, and say to the people, ‘He has risen from the dead.’ So the last deception will be worse than the first.”

Pilate said to them, “You have a guard; go your way, make it as secure as you know how. “So they went and made the tomb secure, sealing the stone and setting the guard.

Eighth, reject cremation because “Ashes to ashes” isn’t in Scripture

The phrase, “ashes to ashes, dust to dust” comes from the Anglican Book of Common Prayer, and it has undoubtedly become more well-known with the increased popularity of cremation; however, the phrase isn’t found in the Bible:

Instead, the Bible says:

Ninth, burial is at the center of the Gospel

Let me be clear about what I’m NOT saying:

Instead, I’m simply saying the heart of the Gospel is Jesus’ death, burial, and resurrection, which puts burial at the center of Christianity:

So, what does the Bible say about cremation? Can Christians be cremated? Hopefully you can answer these two questions now.

Burial was the practice of Israel win the Old Testament and Christians in the early church. While pagans and heathens practiced cremation, the only time God’s people performed it was as a form of punishment.

PrevPreviousDo You Desire to Live a Quiet Life?
NextAm I Saved? Seven Tests to Know!Next