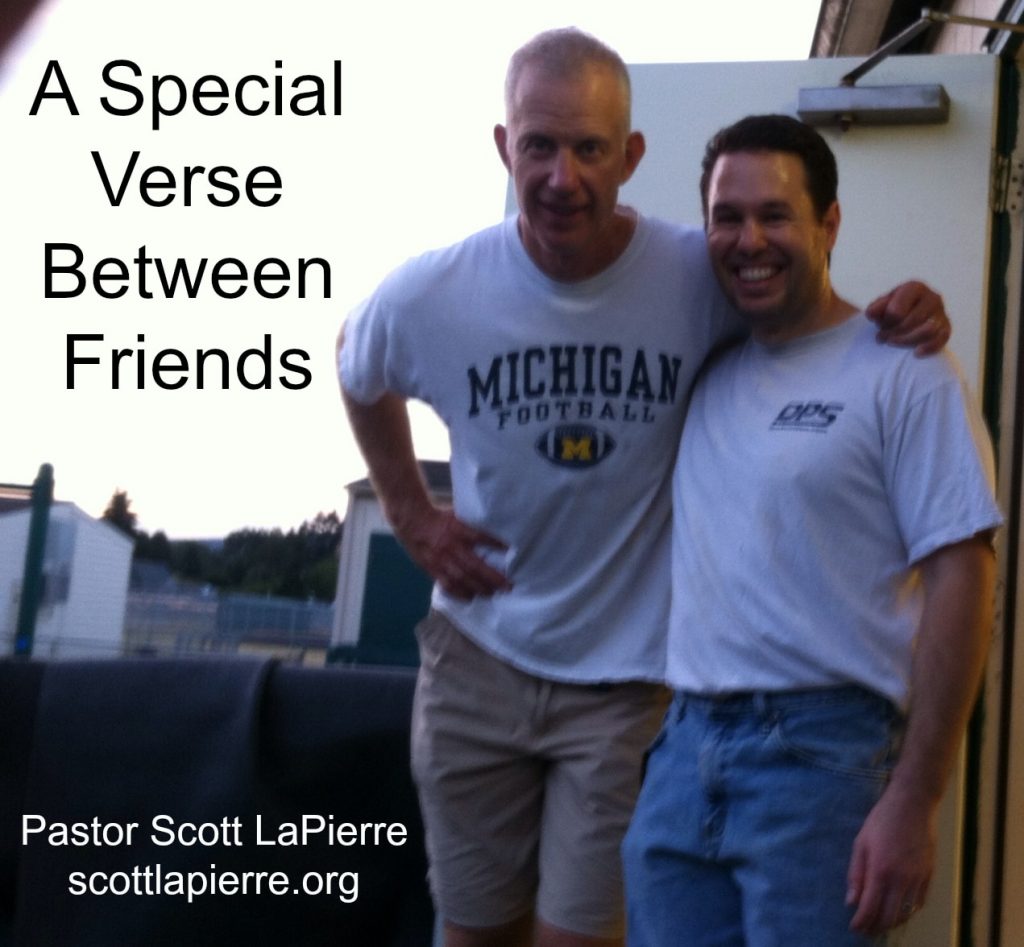 A Special Verse From My Friend, Elwyn Ordway

In Sunday’s sermon I preached on parenting, discussing a man named Eli who was the high priest and judge over the nation of Israel. In the course of the sermon I covered 1 Samuel 2:30, which has been a verse with real significance for me…

I’ve shared in other posts the powerful way God used my best friend Elwyn Ordway in my life. He’s the one God used to help me become a Christian, and after that his example showed me the importance of reading God’s Word. At that time I had almost no understanding of Scripture. As a Catholic I had quite a bit of familiarity with Catholicism, but very little familiarity with the Bible. Elwyn helped change that: he got me excited about God’s Word. He shared verses and stories with me, and then I would highlight and tab them. My first Bible had little post-its sticking out the side marking just about every place Elwyn discussed with me.

Of all the verses Elwyn shared with me, there’s one that’s been especially significant to the two of us. It’s not a verse that receives much attention; it’s not one of those memorizable verses like Proverbs 3:5-6, Jeremiah 29:11 or John 3:16. I suspect that’s because the entire verse doesn’t seem like something you’d memorize; usually the verses that get the most attention sound good from beginning to end. It’s only a part of the middle of the verse that contains a powerful phrase, a wonderful treasure, a certain truth that is communicated throughout the rest of Scripture: 1 Samuel 2:30 Therefore the Lord God of Israel says: ‘I said indeed that your house and the house of your father would walk before Me forever.’ But now the Lord says: ‘Far be it from Me; for those who honor Me I will honor, and those who despise Me shall be lightly esteemed.’

Those seven words, “those who honor Me I will honor” can, and should, be applied to every area of our lives: marriage, parenting, finances, etc. Every decision we make can be preceded with the question, “Will this honor the Lord?” Throughout our friendship Elwyn and I have frequently quoted this verse. Numerous times in our conversations over the years, one of us will say, “Is this honoring to the Lord?” I have a number of e-mails from Elwyn when he faced decisions and they regularly say something like, “God honors those who honor Him. I need to make sure I do what honors Him even if it’s difficult or unpopular.”

In Sunday’s sermon, Eli didn’t honor God in his parenting; that’s the actual context of the verse. God rebuked Eli for not honoring Him when it came to his sons, and Eli’s failure to do so had disastrous consequences for him. He serves as a good example of the terrible problems associated with disobeying the principle in 1 Samuel 2:30.

PrevPreviousHow Could SO Much Take Place on the 6th Day?
NextI Am Doing a Great Work and I Cannot Come Down (Nehemiah 6:3)Next