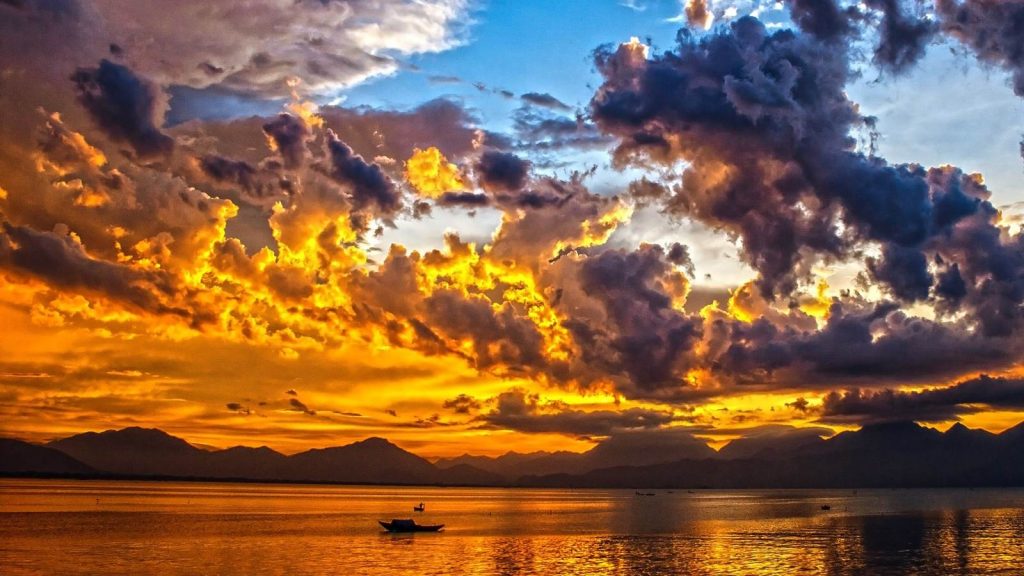 Three Reasons to Be Encouraged by God’s Discipline

When we experience God’s discipline because we sinned (versus suffering because of a trial) it hurts:

For the moment all chastening seems painful rather than pleasant.

Making it more difficult is the fact that God expects us to receive His discipline well:

For what credit is it if, when you sin and are beaten for it, you endure?

God expects us to humbly accept His discipline the way parents expect their children to receive discipline without kicking and screaming. This can be very difficult! Fortunately, the author  of Hebrews provides a number of reasons believers can still  be encouraged by God’s discipline.

1. God’s Discipline Means You Are His Child

“For the Lord disciplines the one he loves,
and chastises every son whom he receives.”

It is for discipline that you have to endure. God is treating you as sons. For what son is there whom his father does not discipline? If you are left without discipline, in which all have participated, then you are illegitimate children and not sons.

When we sin and God disciplines us, we can be encouraged that He does so because He loves us. We want to be confident in our salvation, and experiencing discipline allows us to say, “God is my Father. I am His child.”

When I see other people’s children misbehaving, I do not discipline them because they are not my children. God acts similarly toward unbelievers. Sometimes people sin and it looks like “they are getting away with it.” Either God is giving them time to repent, or they are not His children.

2. God’s Discipline Means You Are in His Hands

Once, when my class was walking in a line, a notoriously cruel student repeatedly flicked another student’s ear. This went on for a while, revealing significant self-control from the student being picked on. Finally, he turned around and kicked the bully as hard as he could. What was an appropriate punishment for the student who kicked the other student? Part of me wanted to congratulate him for standing up to someone who intimidated others.

As a parent, I face the same question when disciplining my children. Ephesians 6:4a says, “Fathers, do not provoke your children to wrath.” Sometimes I ask myself, “I addressed this with my children before, if I bring it up again, will I be exasperating them?” While Katie and I pray almost daily for wisdom raising our children, we do not know absolutely that we are doing what is right. The situation is described:

We have had human fathers who…chastened us as seemed best to them, but He for our profit, that we may be partakers of His holiness.

As parents, we do what “seems best to us,” but when God disciplines us we can be encouraged He is doing what “profits” us. We never have to wonder if He is acting too severely, choosing the wrong punishment, or failing in some other way.

Consider a situation that took place with David after he sinfully numbered the people. God sent the prophet Gad to rebuke him and give him the choice between three different punishments:

[Gad told] David, “Thus says the Lord: ‘I offer you three things; choose one of them for yourself, that I may do it to you.’” So Gad came to David and told him; and he said to him, “Shall seven years of famine come to you in your land? Or shall you flee three months before your enemies, while they pursue you? Or shall there be three days’ plague in your land? Now consider and see what answer I should take back to Him who sent me.”
And David said to Gad, “I am in great distress. Please let us fall into the hand of the Lord, for His mercies are great; but do not let me fall into the hand of man.”

God disciplines us because He wants us to repent. The first thing that comes to mind when thinking about repentance is stopping a sinful action, but repentance is as much about starting (producing fruit), as it is about stopping. John the Baptist said: “Bear fruits worth of repentance” (Matthew 3:8). Ephesians 4:25–32 provides examples of repenting (stopping, putting off), and producing fruit (starting, putting on):

As a pastor, people have asked me, “I repented of _____. Why do I keep struggling?” I respond by asking, “What did you start doing instead? What did you produce in place of your sin?” For example, you stopped:

There is an unfortunate human tendency for reform to be temporary. Psychologists, prisons, and juvenile centers can testify to this. One main reason is people attempt to repent without producing the corresponding fruit. When sin is removed, the vacuum that is created must be filled with fruit. Jesus told a parable that warns against repentance that leaves a hole:

When an unclean spirit goes out of a man, he goes through dry places, seeking rest, and finds none. Then he says, “I will return to my house from which I came.” And when he comes, he finds it empty, swept, and put in order. Then he goes and takes with him seven other spirits more wicked than himself, and they enter and dwell there; and the last state of that man is worse than the first.

The unclean spirit pictures sin, and the man removed it from his life, but he did not produce fruit. He stopped without starting. He put off without putting on. As a result, his life (the house) remained “empty.” Things looked good at first (swept, and put in order), but the spirit (sin) returned and the man’s condition was worse. When true repentance has not taken place, inevitably a person’s situation deteriorates as the sin grows. We can be encouraged by God’s discipline, because it “yields the peaceful fruit of righteousness to those who have been trained by it” (Hebrews 12:11b).

The title of the previous section reads, “Fruit that Can Be Produced” versus “Fruit that Is Produced.” There is no guarantee God’s discipline will benefit us. The end of Hebrews 12:11 says “those who have been trained by it” and this identifies the people who benefit from the Father’s discipline. “He will never learn” is a fitting way to describe some people:

Fools suffer because of their actions, but it does not produce lasting change. Part of the reason is they do not see their fault, because fools never think they are wrong:

The way of a fool is right in his own eyes.

There is a similar danger associated with confusing trials and discipline. When people make this mistake, they are acting like fools who fail to see their folly. Without recognizing they caused their suffering, they will not be trained by God’s discipline. If they do not think they have done anything wrong, they will not understand God is trying to produce repentance. Spiritual growth will be hindered, and the painful situation will often be repeated.

When this pattern takes place, the only solution is to have the humility and wisdom to say, “This is not a random trial. I have sinned. God is disciplining me and I must repent.” Instead of saying, “How could God let this happen to me?” the proper response is, “I am thankful God loves me enough to get this sin out of my life and help me produce the corresponding fruit.”