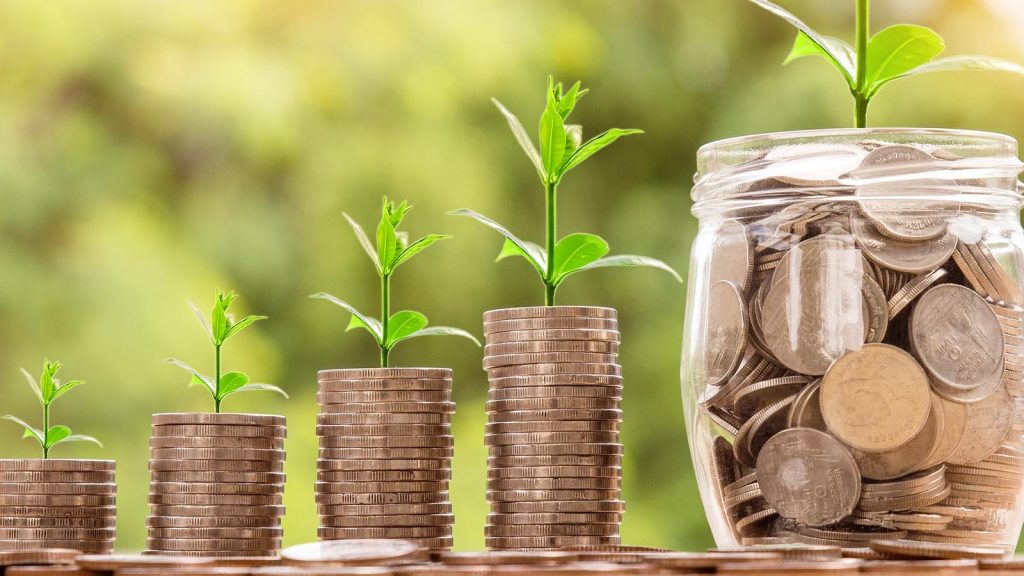 The Gospel is explained financially in Scripture by using accounting terms. The true and greater riches available to us aren’t physical. They can’t be touched, minted, or printed. The best way to appreciate the beauty that takes place when believers put their faith in Christ is by understanding these financial terms. Let’s take a look at each of them so we can better appreciate what Christ has done for us.

Jesus told us to pray: “Forgive us our debts” (Matthew 6:12). He was not referring to anything financial, but spiritual: our sin debt against God. Unlike the debt that we can pay off, this is a debt that we can’t do anything about no matter how hard we work, how much time we’re given, and how wise we are financially. We have this debt whether we’re rich, poor, young, or old. The parable of the unforgiving servant records:

The kingdom of heaven is like a certain king who wanted to settle accounts with his servants. And when he had begun to settle accounts, one was brought to him who owed him ten thousand talents. But as he was not able to pay, his master commanded that he be sold, with his wife and children and all that he had, and that payment be made. The servant therefore fell down before him, saying, ‘Master, have patience with me, and I will pay you all.’ Then the master of that servant was moved with compassion, released him, and forgave him the debt.

The man had a debt “he was not able to pay.” He fell to his knees, begged the master, and he “forgave him the debt”:

What did the servant do to be forgiven for such a debt? He did nothing more than acknowledge his debt and humble himself. If a parent had a child who act wickedly, and the child came to the parent humble and broken, wouldn’t the parent quickly forgive and embrace the child like the father in the parable of the prodigal son (who represents God) embraced his son? Luke 15:20 says, “When he was still a great way off, his father saw him and had compassion, and ran and fell on his neck and kissed him.” This is how our heavenly Father wants to forgive us.

To redeem means to “buy back from debt.” A redeemer is the one who pays someone else’s debt. Jesus is the Redeemer of every believer:

The ransom is the payment the redeemer makes to deliver someone from the consequences of their debt. But we can’t redeem ourselves or anyone else because the ransom price is too high:

No one can redeem the life of another

and not see decay…
Their tombs will remain their houses forever,

their dwellings for endless generations,

though they had named lands after themselves.
People, despite their wealth, do not endure;

People might have been rich enough to have locations named after them, but the grave is where they’ll remain because no amount of wealth can keep us from death.

This is the fate of those who trust in themselves,

and of their followers, who approve their sayings.
But God will redeem me from the realm of the dead;

he will surely take me to himself.

They “trust in themselves,” but the psalmist trusted in the Lord. We can’t redeem anyone, but “God will redeem” through Jesus because He can pay the ransom price:

If we owe money, it would be unjust if the debt was never paid. A perfectly just God can’t forgive a debt that is unpaid. Jesus paid the debt when He died on the cross and took the punishment that our sins deserve. This allows God to remain just because our sins are punished. The Greek word translated “pay” is teleo, the same word used in these passages:

Teleo has been found written on papyri receipts for taxes, meaning “paid in full.”

When Jesus was on the cross, moments before His death, He said, “It is finished [teleo]! And bowing His head, He gave up His spirit” (John 19:30). It is as though Jesus said, “I have paid your debt in full so you can be forgiven.”

Impute is an accounting term that refers to moving assets from one side of a ledger to the other:

Jesus’s Work and Our Condition

At the beginning of Jesus’s public ministry, He returned to His hometown of Nazareth. He visited the synagogue, was given the scroll of the prophet Isaiah, and He read:

The Spirit of the LORD is upon Me,
Because He has anointed Me
To preach the gospel to the poor;
He has sent Me to heal the brokenhearted,
To proclaim liberty to the captives
And recovery of sight to the blind,
To set at liberty those who are oppressed.

The reason we (1) must be redeemed, (2) need Christ’s righteousness imputed to our accounts, (3) have debt, and (4) require a ransom is, simply put, we’re poor. If that were not the case, we would pay our debt and we would not need a Redeemer to ransom us. The Greek word translated “poor” is ptochos, and it means “reduced to beggary, lowly, afflicted, helpless, powerless, lacking in anything.” This is not slight poverty. This is complete poverty, of which Scripture provides a good example:

At his gate was laid a poor [ptochos] man named Lazarus, covered with sores, who desired to be fed with what fell from the rich man’s table. Moreover, even the dogs came and licked his sores. The poor [ptochos] man died and was carried by the angels to Abraham’s side.

This is poor! I don’t know if there’s a more pitiful description of an individual in Scripture. The way this beggar looked physically is the way we look spiritually. Isaiah 64:6 says, “All our righteousnesses are like filthy rags.” Polluted garments aren’t worth much. Learning this is our spiritual condition is discouraging until we remember Jesus was anointed to preach the gospel to the poor.

Jesus didn’t say He was anointed to preach the gospel to everyone. He said to the poor. This doesn’t mean some are poor and others are rich. Instead, everyone is poor, but only some people recognize it. Jesus taught a parable contrasting two men: one thought he was righteous (spiritually rich), but the other knew he was a sinner (spiritually poor):

[Jesus] told this parable to some who trusted in themselves that they were righteous, and treated others with contempt: “Two men went up into the temple to pray, one a Pharisee and the other a tax collector. The Pharisee, standing by himself, prayed thus: ‘God, I thank you that I am not like other men, extortioners, unjust, adulterers, or even like this tax collector. I fast twice a week; I give tithes of all that I get.’ But the tax collector, standing far off, would not even lift up his eyes to heaven, but beat his breast, saying, ‘God, be merciful to me, a sinner!’ I tell you, this man went down to his house justified, rather than the other. For everyone who exalts himself will be humbled, but the one who humbles himself will be exalted.”

The great paradox is this:

In Matthew 5:3, Jesus said, “Blessed are the poor [ptochos] in spirit, for theirs is the kingdom of heaven.” How can the poor be blessed, and why would the kingdom of heaven belong to them? They are blessed because they know they are spiritually poor, can’t trust their own righteousness, need the gospel, and have nothing with which they could purchase their salvation. The kingdom of heaven belongs to them because they will put their faith in Christ to receive His righteousness and have Him pay their debt. They are the ones of whom God said, “On this one will I look: On him who is poor and of a contrite spirit” (Isaiah 66:2).

Jesus made a similar point when He blessed the children who came to Him:

Children are the premier example of spiritual poverty in that they have done nothing to earn salvation. They receive gifts freely, and salvation is a gift to receive freely: “The gift of God is eternal life in Christ Jesus our Lord” (Romans 6:23).

A true Christian is poor in spirit, and more like a little child, and more disposed to a universal lowliness of behavior.”

In Matthew, Mark, and Luke, the account with the rich young ruler follows Jesus blessing the little children. This presents a fitting contrast because he was the opposite of a little child. It is as though God says, “Be like these children and not like this man.” The ruler said, “All [the commandments] I have kept from my youth” (Luke 18:21). Jesus let him walk away because He preaches the gospel to the poor, and this man thought he was as spiritually rich as he was physically rich.

Imagine a conversation between an evangelist and a man like the rich young ruler:

Evangelist: “Jesus died for your sins!”

Man convinced he’s spiritually rich: “What sins? I don’t have any!”

Evangelist: “We’re all sinners, but God loves you and is willing to give you His Son’s righteousness by grace through faith.”

Man convinced he’s spiritually rich: “No, God loves me because I’m such a good person, and that’s also why I don’t need Jesus’s righteousness!”

In contrast, picture the same conversation with a man who knows he’s spiritually poor:

Evangelist: “Jesus died for your sins!”
Sinner: “Why would He do that for me?”
Evangelist: “Because He loves you and is willing to give you His Son’s righteousness by grace through faith.”
Sinner: “That’s amazing. I’m so thankful He would do this for someone like me.”

Proverbs 11:4 says, “Riches do not profit in the day of wrath, but righteousness delivers from death.” This refers to the second death, and no amount of earthly wealth can spare us from it. Only righteousness, which we receive from Christ, can deliver us: “You know the grace of our Lord Jesus Christ, that though He was rich, yet for your sakes He became poor, that you through his poverty might become rich” (2 Corinthians 8:9). This is another example of double imputation: Our spiritual poverty is imputed to Christ, and His spiritual riches are imputed to us.