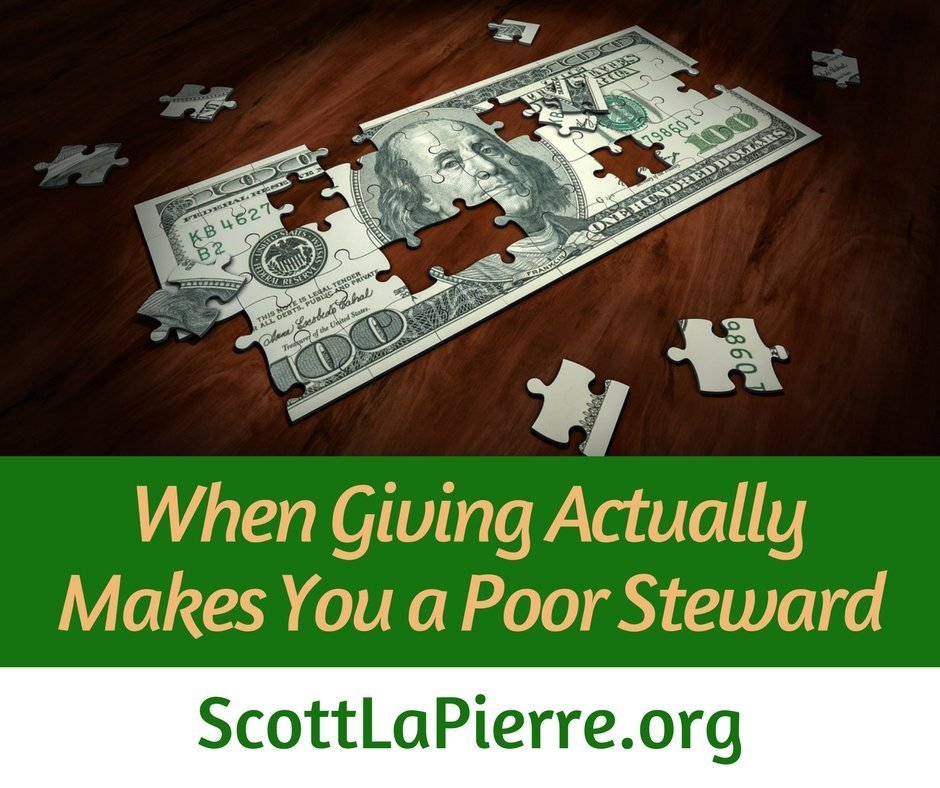 When Giving Actually Makes You a Poor Steward

I was recently asked when giving is – and isn’t – appropriate. This post is my answer!

But first, to prevent anyone from reading this post and thinking it discourages giving, let me be clear at the beginning that Scripture frequently commands giving, and therefore, we should be generous:

It is a great blessing to be able to help those in need. As the saying goes, “It’s as much a gift to give as to receive.” Being able to come together as a family and tell your children, “This family is struggling. God has blessed us, and we’re going to help to them in this way. Let’s pray for the family and thank God for the opportunity He’s given us to give to them in their time of need.”

First, Giving to Every Need

Some things sound good in theory while being completely impractical. Giving to every need is a good example. Common sense tells us this is impossible. Even the greatest philanthropists with millions of dollars available must decide where their money should (and shouldn’t) go, who truly should (and shouldn’t) have it. Saying “yes” to one need means saying “no” to another.

Enabling is not loving. When people are terrible with their money no matter how much you give them it will only be a matter of time before they find themselves in the same situation. The best thing you could give is: instruction, counsel, a budget, probably some verses on self-control and contentment. The answer is teaching them to be wiser stewards of the money they have.

For many people they don’t have an income problem. They have a spending problem.

Before you buck against this point, consider Paul said it two thousand years before I did: 2 Thessalonians 3:10 We commanded you this: If anyone will not work, neither shall he eat. Hunger can be a wonderful motivator.

For some people it’s in their best interest not to be given anything so they make appropriate changes. Again, if you’re tempted to disagree with this point, consider the damage that would’ve been done to The Prodigal Son if any “loving” people had “helped” him. He repented in verse 17. The verse immediately before that says, “No one gave him anything” (Luke 15:16b).

Most of this post is included in my upcoming book, Your Finances God’s Way. There is also an accompanying workbook. Both will be published May 2022. Keep checking back for details, or simply subscribe to my newsletter to receive updates.

PrevPreviousHow Much Should Christians Give?
NextSeven Reasons to Avoid Divisive PeopleNext