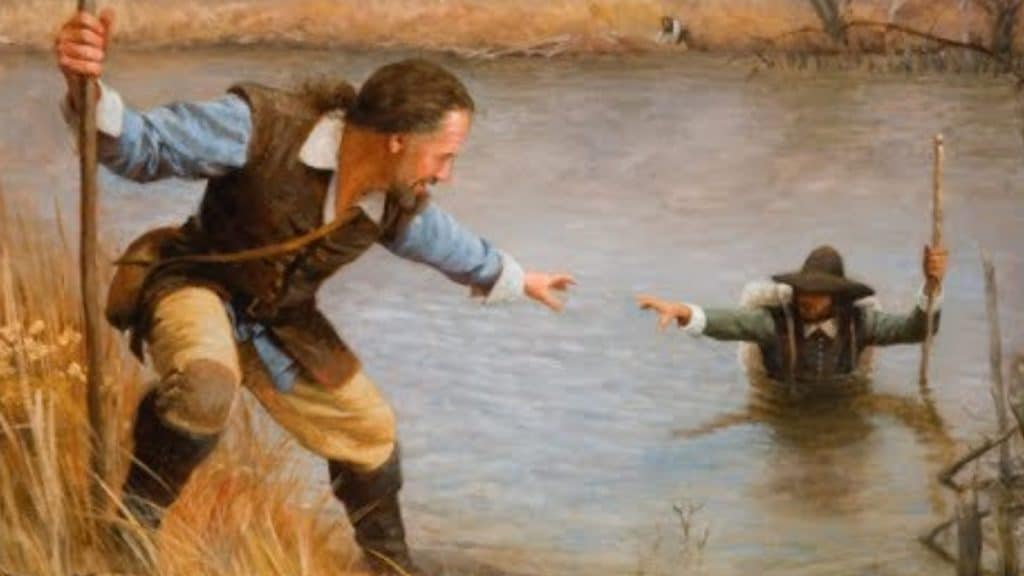 Apostates Are Often Revealed by Trials

Apostates are people who appear to have embraced the faith, but then they reject – or fall away – from it. Their faith is shown to be insincere, and often trials provide this revelation. In the Parable of the Soils, the seed represents the Word of God, and the soil represents our hearts:

“Stony places” refer to shallow soil on top of a bedrock layer, where there is not much depth of earth. As a result, when this soil (or heart) receives the seed (or Word of God), it will not establish deep roots. Apostates often receive God’s Word enthusiastically—they are excited about their new faith and “immediately [spring] up”—but they do not last. Their faith does not have deep roots. It looks good at first, but trials reveal it was not genuine:

He who received the seed on stony places, this is he who hears the word and immediately receives it with joy; yet he has no root in himself, but endures only for a while. For when tribulation or persecution arises because of the word, immediately he stumbles.

Sadly, we have all seen apostates like Jesus described—joyful until they experience trials. How many times have you been at church and heard, “Hey, what happened to so-and-so?” Then someone replies, “Oh, they went through this trial, and they have not been back.” Without roots, the insincerity of apostates’ faith is exposed, and they revert to their lives before the seed fell on their hearts:

They went out from us, but they were not of us; for if they had been of us, they would have continued with us; but they went out that they might be made manifest, that none of them were of us.

The church at Sardis was filled with people who appeared to be Christians, but Jesus told them

I know your works, that you have a name that you are alive, but you are dead.

Sardis looked so good it developed a reputation (a name). Observers thought this was a thriving church because of how much it had going on physically (you are alive). Jesus looked at them and knew they were a church of unbelievers—spiritually dead people.

Trials often reveal that people, such as those in Sardis, are unbelievers. Tying together Jesus’ words in Matthew 13:6 and 21 reveals that “tribulation or persecution” caused their faith to “wither away.” Sometimes people supposedly get saved and those looking on say, “They are so on fire for God!” That might be true, but until their faith survives trials, it is difficult to be confident.

John Bunyan’s famous book, Pilgrim’s Progress, is an allegory, which means the people, objects, and locations are reflections of their names. The main character, Christian, is reading a Book (the Bible) when Evangelist directs him to leave the “City of Destruction” (the world) to go to the Celestial City (heaven). Soon after Christian begins his journey, Pliable (someone easily swayed without commitment) joins him. At first, Christian and Pliable look equally committed, but that quickly changed when they experienced a trial.

Trials Revealed Pliable Was an Apostate

We will pick up when Pliable asked Christian about the blessings he could enjoy when they reached their destination:

Everything sounded great to Pliable, just like the blessings of Heaven, eternal life, crowns, and glorified bodies sound great to everyone at first. Pliable was so excited he even told Christian to walk faster!

Apostates Are Revealed When Trudging through the Swamp of Despair

Just as they had ended this talk, they drew nigh to a very miry Slough that was in the midst of the plain, and they being heedless, did both fall suddenly into the bog. The name of the Slough was Despond. Here, therefore, they wallowed for a time, being grievously bedaubed with dirt; and…began to sink in the mire.

They reached their first trial—the Slough (swamp) of Despond (despair). The words “they being heedless” mean they did not see this coming, which is similar to James 1:2 saying we “fall into…trials.” We unexpectedly experience trials like Christian and Pliable unexpectedly fell into this swamp.

At that Pliable began to be offended, and angrily said to his fellow, “Is this the happiness you have told me all this while of? If we have such ill speed at our first setting out, what may we expect between this and our Journey’s end? May I get out again with my Life, you shall possess the brave Country alone for me.” And with that he gave a desperate struggle or two, and got off the mire on that side of the Slough which was next to his own house; so away he went, and Christian saw him no more.

People end up frustrated  when they wrongly believe the Christian life will be free of difficulties. Pliable is a perfect example. He “[begins] to be offended, and angrily” criticizes Christian. His expectation of further trials was correct, and so he abandoned Christian as quickly as he had joined him. Pliable is like the apostate who shows up at church one day—they look like they are along for the journey—but when troubles arise they leave as suddenly as they came. He looked enthusiastic earlier, but the trial revealed his faith was nothing more than a desire for blessings, with no commitment to Christ.

When Christian later met Goodwill (Jesus), Goodwill said, “How sad it is concerning Pliable in that he had such little appreciation of the heavenly glory to come, so much so that he did not consider it worth encountering a few hazards and difficulties to obtain it.” This assessment of Pliable is true of everyone who turns back from following Christ when trials arise. Apostates are the opposite of the Apostle Paul who said:

For I consider that the sufferings of this present time are not worthy to be compared with the glory which shall be revealed in us.

Keeping eternal blessings in mind is one of the best ways to stay encouraged during trials. With so little desire for spiritual realities, Pliable quickly found himself discouraged by the physical and ready to depart.

Later Christian spoke about Pliable with his companion, Faithful:

Pliable departed to avoid his present suffering, but just as Goodwill rightly assessed that Pliable did not think of the glory of heaven, he also did not think of the punishment of hell. When apostates leave the faith because of suffering, little do they realize the trial they are presently enduring is mild compared to the eternal torment they will suffer for abandoning Christ.

One of the great blessings associated with persevering through trials and proving faith to be genuine is the confidence that hell will not have to be endured. Instead, there is the encouragement that comes from these words:

PrevPreviousTrials Test Our Faith and Prove Its Genuineness
NextAre All Sins the Same…Are They Equal in God’s Eyes?Next