You are here: Home / Marriage and Family / Five Things Submission Does Not Mean for Wives 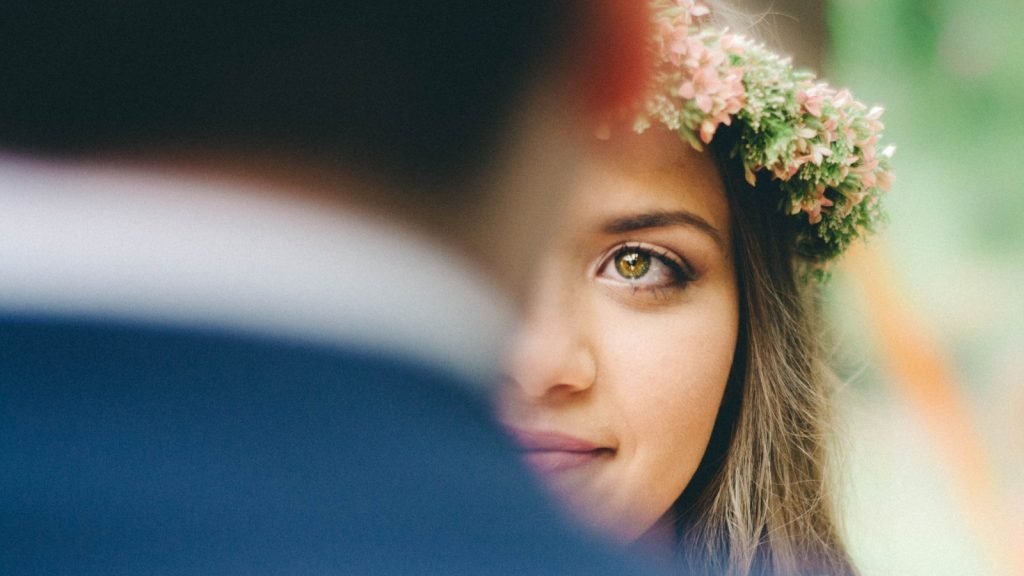 How far does submission extend? Is there anything to which a wife should not submit? Are all women required to submit to all men? Does submission mean men can do whatever they like to their wives? What about physical or mental abuse? In any discussion of submission, some obvious and legitimate questions arise. To answer them, let’s take a look at what biblical submission does not mean.

1. Submission Does Not Mean That Wives Submit to Other Men

The head of every man is Christ, the head of woman is man.

In Genesis 2:18 when God spoke of creating the first woman, He did not say, “I will make men (plural) helpers.” He said: “I will make him (singular) a helper.” When I want help in my life, I most often look to my wife or other men God has put in my life, but I do not look to other men’s wives because I know they are other men’s helpers.

Practically, this also addresses the misconception that submission means women can only hold positions—in or out of the church—in which they are subordinate to all male associates. Such an extreme interpretation would suggest that a woman cannot be a nurse because a male orderly might be her subordinate or that a woman could not be a teacher because a male aide or janitor might help her at times.

2. Submission Does Not Mean That Wives Submit to Abuse

What women long for is moral and spiritual leadership from their husbands—not spiritual or moral domination. While this is fairly straightforward, it is still worth making some clarifications. When we hear the word “abuse,” the next word that most likely comes to mind is “physical.” Abuse, however, can be emotional, mental, or even spiritual as well. There are wives whose husbands never lay a hand on them but mistreat them so badly they are in worse condition than even physically abused women.

What should a woman in an abusive relationship do? She cannot divorce her husband, but she can separate from him. The apostle Paul writes:

If the abused woman is part of a church, elders or others should be willing to receive her (and possibly her children) while counseling is performed, repentance is sought, and the gospel is given time to work in the husband’s heart. An abused wife may also need to seek social or legal services, a battered woman’s shelter, and even the police, if the abuse warrants such.

What Is and Isn’t Abuse?

Additionally, having a husband who is less than perfect does not constitute abuse. God commands husbands to love their wives as Christ loved the church. No husband does this perfectly. Husbands regularly sin against their wives, but this does not mean a husband is being abusive. If failing to love one’s wife perfectly constituted abuse, then every wife on earth would be in an abusive relationship.

To learn more about submission, watch this message I deliver at Marriage God’s Way Conferences…

3. Submission Does Not Mean That Wives Submit to Sin

The account in Acts 5:1–11 of Ananias and his wife, Sapphira, is instructive. The background of this story is that early church members sold their possessions to share with the apostles and other needy believers. Ananias sold a possession, kept part of the money when he brought his offering to the apostles, but acted as though all of the proceeds were being given to the church. As the apostle Peter reminded him, Ananias had every right to keep part of his profits. It was Ananias’s claim, however, to have turned over all the funds that resulted in his dropping dead on the spot for lying to the Holy Spirit.

The correlation is that Ananias “kept back part of the proceeds, his wife also being aware of it” (Acts 5:2). When Sapphira showed up, not realizing her husband had died, she had the opportunity to tell the truth. Instead, she reiterated her husband’s lie, and Peter said:

How is it that you have agreed together to test the Spirit of the Lord? Look, the feet of those who have buried your husband are at the door, and they will carry you out.

God’s judgment on Sapphira for supporting her husband’s sin shows she was as accountable as he was. If she had refused to participate in the deception, Peter’s response indicates her life would have been spared. This event is a perfect example of a time when a wife should not have submitted to her husband.

What About Submitting to a Poor Spiritual Leader?

Let me add a caveat that the principle in question applies to being asked to engage in blatant sin. A wife should say no to a husband who demands that she participate in drug dealing, theft, adultery, or even lesser offenses, such as cheating on income tax or lying to an employer. This is quite different from a husband opposing his wife’s involvement in positive spiritual activities. A husband may resist his wife’s taking time from home and family to join a Bible study fellowship, attend church several times a week, volunteer for a Christian outreach, or participate in a church sports league. He is not asking her to commit a sin but simply to respect his priorities. What is a wife supposed to do, especially when the activities can contribute to her spiritual growth?

A wife can respectfully let her husband know her desires and ask if he would allow this for the benefit of their marriage, children, or family. If he is still resistant, then she should submit and pray that God will change his heart. Assuming God wants the family involved in the particular activity, that is something He can easily do. Even if she does not like her husband’s decision, she should be encouraged that God will reward her submission and—assuming the husband is disobeying God by declining—hold the husband responsible for his poor spiritual leadership.

4. Submission Does Not Mean That Husbands Do Not Defer to Their Wives

A Personal Example of Deferring to Katie

Let me share an example from my marriage. Not long ago I decided a great plan would be to surprise the family with one of my favorite foods—popcorn—and a show filled with thrills, tremendous plot lines, and edge-of-your-seat action—Little House on the Prairie. While I was working up an appetite doing cardio, my mom called to say: “Katie invited us to go out for frozen yogurt with all of you. When do you want us to come over?”

Now I am sure many husbands can relate to this. You are excited about some way you would like to spend your evening only to find out that your wife wants to do something else. My first thought was that Katie and I had not discussed getting frozen yogurt. My second thought was that the frozen yogurt shop did not sell popcorn or show Little House on the Prairie.

At that moment I had two choices. I could put my foot down and say: “I’ve already decided we are going to have popcorn and watch Little House on the Prairie, so that is what we’re going to do.” Or I could decide: “You know what? I’m going to sacrifice for my wife. I’m going to pick up my cross . . . and take it to the frozen yogurt shop.”

This might seem like a trivial example, but the point I am trying to make is that even though wives are commanded to submit to their husbands, godly husbands look for ways to bless their wives, even when it is not what the husbands want. Ephesians 5:26 says husbands ought to love their wives as their own bodies, and apparently my wife’s body wanted frozen yogurt. You can guess where we ended up, and, no, it did not include popcorn or Little House on the Prairie.

5. Submission Does Not Mean That Wives Are Inferior

A common criticism of submission sounds something like this: “If wives are supposed to submit to their husbands, then wives are not equal to their husbands. Since God made men and women equal, wives do not have to submit.” Do we apply this thinking to the other relationships we discussed that involve submission? Do we think:

Not at all! The same logic dictates that a wife’s submission to her husband does not in any way imply that husbands are superior to their wives.

Is the Son Inferior to the Father?

Perhaps the best example of this occurs in the relationship between God the Son and God the Father. Consider these verses demonstrating Jesus’s submission:

Does the Son’s submission to the Father indicate that the Son is inferior to the Father? Absolutely not. Jesus made His equality with the Father very evident:

The head of woman is man, and the head of Christ is God.

Just as the Son sees the Father as His head a wife should see her husband as her head.

This post is taken from my book, Marriage God’s Way, and the discussion questions from the accompanying workbook. Get your copy today!