You are here: Home / Bible Commentary / The One Thing to Avoid When Judging 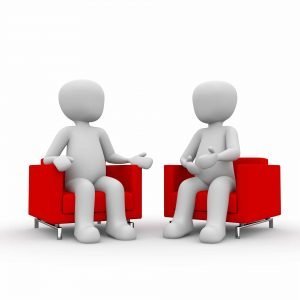 In Matthew 7:1 Jesus said, “Judge not, that you be not judged.” Last post, 3 Truths About Judging, discussed what this verse is not saying: judging is wrong. So what is it saying? The primary rule for interpreting Scripture is to look at context. Let the Bible be the commentary on the Bible. Matthew 7:2 says:

For with what judgment you judge, you will be judged; and with the measure you use, it will be measured back to you.

If you judge someone for doing something, you better make sure you don’t do it. If you judge people for:

You are inexcusable, O man, whoever you are who judge, for in whatever you judge another you condemn yourself; for you who judge practice the same things.

If we judge something to be sin in someone else’s life we’re showing we know it to be wrong, and therefore we’re without excuse if we commit that same sin. If you think something is wrong for someone else, you better think it’s wrong for you.

The issue is not judging, but hypocrisy

Matthew 7:3-5 reveals what Jesus is condemning:

An example takes place with David before he repented of his sins of adultery and murder. Nathan the prophet shared a story with David about a rich man who stole a lamb from a poor man, then 2 Samuel 12:5-7a records:

David’s anger was greatly aroused against the man, and he said to Nathan, “As the Lord lives, the man who has done this shall surely die! And he shall restore fourfold for the lamb, because he did this thing and because he had no pity.”
Then Nathan said to David, ‘You are the man!”

Remove the speck, but be sure to remove the plank first

Why is this so important? When we confront others their flesh will flare up and they’ll want to find sin in our life. They’ll want to say something like, “Oh yeah, well what about you…” Jesus’ words allow us to have the credibility we need confronting someone else.