You are here: Home / Bible Commentary / The Consequences of Words

Last week’s sermon on discouragement discussed the prophet Jeremiah suffering at the hands of his fellow Jews. He lamented over his abuse, but interestingly seemed to move on from the physical abuse he endured easier than the verbal abuse. This teaches us the important lesson that words can have lasting consequences, and this got me wondering if I could find an example in Scripture of someone saying something hurtful and causing consequences for years to come. One situation came to mind…

When David became king, the first thing he wanted to do was bring the ark into his capital, Jerusalem (the account is recorded in 2 Samuel 6). It ended up being one of the most disappointing moments in David’s life when a man named Uzzah touched the ark and died as a result (God warned this would happen in Numbers 4:15). It brought the whole procession to a halt and David became so angry and afraid of God he put the ark away in the house of a man named Obed-Edom; however, the ark blessed his house so much – showing there’s nothing to fear from God when we’re obedient – David tried to bring the ark back into Jerusalem a second time. David was successful and it seemed to be one of the most joyful moments of his life, but his wife Michal, “looked on looked through a window and saw King David leaping and whirling before the Lord; and she despised him in her heart” (2 Sam 616). Then David returned home and Michal said to David, “How glorious was the king of Israel today, uncovering himself today in the eyes of the maids of his servants, as one of the base fellows shamelessly uncovers himself!” (2 Sam 6:20). Michal wanted to be married to a king that acted like she thought a king should act, which would’ve meant following the example she learned from her father Saul…not a good example! As a result she said these hurtful words and David and Michal’s relationship was never the same: the last verse of the chapter says: “Michal had no children to the day of her death” (2 Sam 6:23).

While it wasn’t right for David to “end” his relationship with Michal, it shows the consequences of Michal’s words lasted the rest of their lives. The same can happen today when people say hurtful things to each other; therefore, I believe there are two lessons we can learn, one from Michal and one from David: 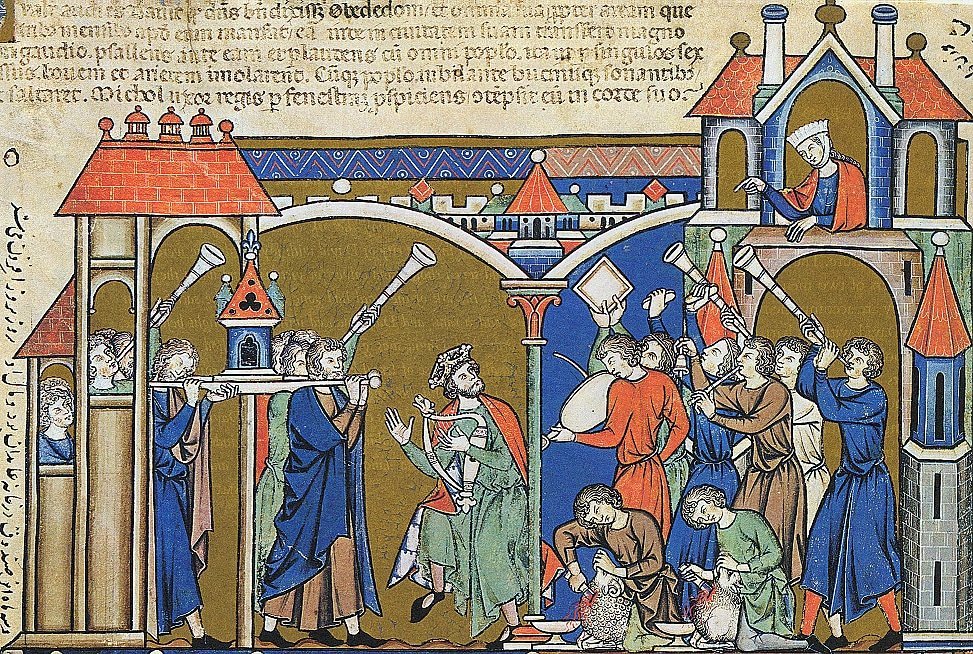