You are here: Home / Bible Commentary / Taking Types Too Far 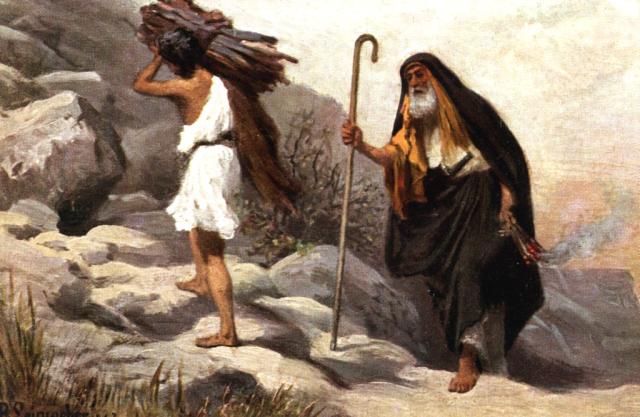 The last few Sundays I’ve been preaching on Abraham and Isaac in Genesis 22, really focusing on the typology between them. Here are the parallels I used. Isaac and Jesus…

One of the difficulties with types is making sure they aren’t taken too far. Below are the parallels I chose not to use because I thought they were too much of a stretch…

The Hebrew word for “offer” is ‘alah, but it doesn’t mean “give” or “present” as we’d expect. It means, “to go up, ascend, climb, be taken or lifted up.” The idea is when you sacrificed something you “lifted” it up to God.

Of the 889 times `alah occurs in the Old Testament, 676 times it’s translated as “up”. When Abraham was commanded to “offer” Isaac, he was basically commanded to “lift him up.”

Jesus spoke of His sacrifice this way:

2. Jesus and Isaac were accompanied by two men on their way to be sacrificed.

Genesis 22:3 Abraham took two of his young men with him.

The two men were only able to go so far: they were not able to witness what took place between Abraham and Isaac. Similarly, when Jesus was sacrificed, nobody was able to see exactly what took place between Him and the Father. Three hours of darkness (Matt 27:45) helped conceal the divine transaction when our sins were placed on Christ.

3. Jesus and the ram had a “crown of thorns” around their heads.

Genesis 22:13 There behind him was a ram caught in a thicket by its horns. So Abraham took the ram, and [sacrificed it] instead of his son.