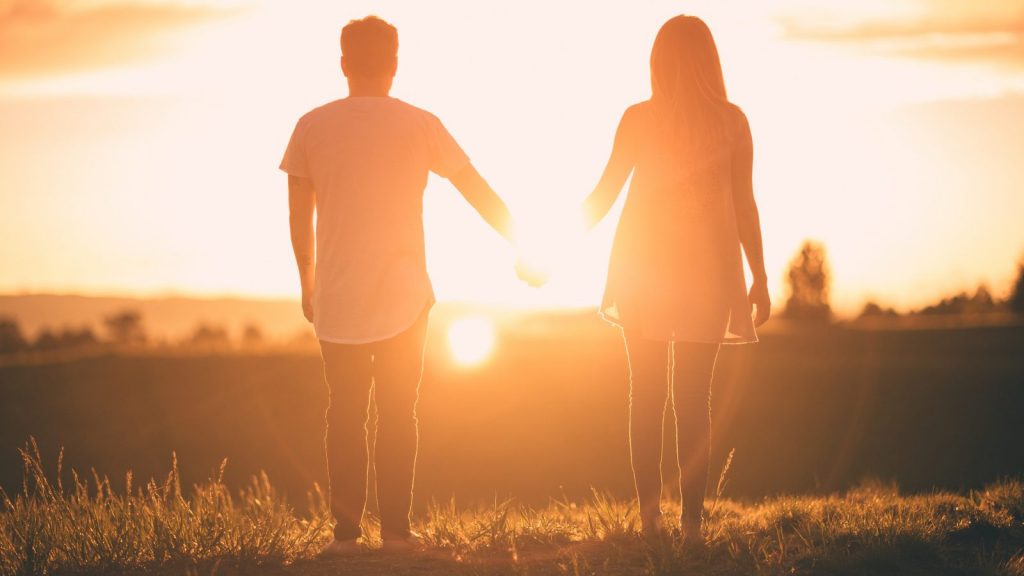 Why It Is “Not Good for Man to Be Alone”

God could’ve created Eve and given her to Adam. Instead, He had Adam name the animals for two reasons:

Genesis 2:20 records, “So Adam gave names to all cattle, to the birds of the air, and to every beast of the field. But for Adam there was not found a helper comparable to him.” Adam noticed the animals were in pairs, but he was not part of any pair. With Adam longing for a mate, God was ready to create Eve.

God’s statement is even more interesting when we consider that Adam and Eve had not yet sinned. We don’t typically think of anything being “not good” until after the fall. Since Adam had not sinned yet, it was not Adam himself who was not good. Neither was it anything he had or had not done that was not good. It was simply Adam’s being alone that was not good. Here are five reasons why it isn’t good for man to be alone:

1. Not Good for Man to Be Alone, Because He Won’t Have the Help He Needs

Leading and providing for a family is a lot of work, and a wife can help lighten that load. This is why Paul said:

Man was not created for woman, but woman for the man.

A lot of discouragement can come a husband’s way, and if he does not receive encouragement from his wife, where will he get it? Yes, there are other resources such as Scripture and relying on the Lord, but if that was all God wanted men to have, He would not have said, “I will make him a helper.”

Forfeiting One of His Greatest Resources

The three greatest resources God has given a husband on this side of heaven are:

A husband who does not listen to his wife is forfeiting one of the greatest resources God has given him. Additionally, consider how these three resources work together. God can use His Holy Spirit to counsel husbands through their wives. Many times God has used Katie to warn me, correct me, encourage me, or direct me. There have been times when Katie has shared Scripture with me, or given me her thoughts on a passage and it helped me better understand God’s Word.

For any who would question whether a husband should listen to his wife, Scripture gives a powerful example. The context is the Roman prefect Pontius Pilate who was sitting in judgment over the trial and crucifixion of Jesus. During the trial, Pilate’s wife sent him a message:

Have nothing to do with that just man, for I have suffered many things today in a dream because of Him.

Pilate rejected her counsel, and we all know the consequences. Could there be a better example in all of history of a time when a husband should have listened to his wife?

When God Used Katie to Direct Me

I was an associate pastor at Grace Baptist Church in Lemoore, California. Although it was a wonderful season of life for me, Katie found it difficult because she thought God had gifted me to shepherd my own church. The senior pastor shared Katie’s thoughts, so she had confirmation from him as well.

When we found Woodland Christian Church, Katie wanted me to take the position, but I was struggling. I enjoyed my job at Grace Baptist, I do not like change, and I did not want to say goodbye to so many people I loved. Plus, I had security that would be lost if I took the position at Woodland Christian Church, because there had been conflict, leaving the congregation fairly small. One of the deacons had the integrity to tell me: “Based on our savings, if the giving remains the same, we will only be able to pay you for eight months.”

I paint this picture to explain how hard it was for me to accept the position. Looking back, Katie’s encouragement is one of the only reasons I was able to make the move to become the senior pastor of Woodland Christian Church.

To learn how wives help their husbands, and why it’s not good for man to be alone, watch this message I deliver at a Marriage God’s Way Conference, and/or read the blog post below…

2. Not Good for Man to Be Alone, Because He Won’t Receive the Blessing of Children

Be fruitful and multiply; fill the earth and subdue it.

Behold, children are a heritage (some translations say “gift”) from the Lord, The fruit of the womb is a reward.
Like arrows in the hand of a warrior,
So are the children of one’s youth.
Blessed is the man who has his quiver full of them;
They shall not be ashamed,
But shall speak with their enemies in the gate.

Psalm 128 contains, “Blessings for Those Who Fear the LORD.” The main blessing is children:

Blessed is every one who fears the Lord,
Who walks in His ways…
Your wife shall be like a fruitful vine
In the very heart of your house,
Your children like olive plants
All around your table.
Behold, thus shall the man be blessed
Who fears the Lord.

It was a sign of God’s blessing when He multiplied children:

3. Not Good for Man to Be Alone, Because Can’t Satisfy Sexual Desires

God has given men (and women) healthy, sexual desires (Hebrews 13:4) that He wants satisfied within marriage. The desires for intimacy are emotional, mental, and spiritual. People can have great friends, but they should not take the place of a husband or wife. God wants people to have a companion through life, and part of the reason He created marriage is to see that fulfilled.

4. Not Good for Man to Be Alone, Because He Won’t Benefit from Woman’s Influence

While it is not always the case, it is common for married men to become gentler and more sensitive. After Katie and I were married, my parents frequently told me how much she influenced me for the better.

5. Not Good for Man to Be Alone, Because He Won’t Have Marriage’s Sanctification

God accomplishes much of the work He wants to do in our lives through marriage. After Scripture and the Holy Spirit, marriage is the greatest way God teaches us forgiveness, sacrifice, patience, dying to self, and the list goes on. When people remain single they can often develop a greater selfishness as they are able to live only for themselves. Once married they should be living for their spouses, and this is wonderfully sanctifying.

He who finds a wife finds a good thing and obtains favor from the Lord.

This is a nice companion verse to Genesis 2:18. When a man receives a wife, he should see her this way. He should understand he is not receiving something neutral or amoral. To illustrate how much of a good thing a wife is, consider God’s observation when He finished creating the heavens and the earth:

Then God saw everything that He had made, and indeed it was very good. So the evening and the morning were the sixth day.

A Wife Takes “not good” and Makes It “Very Good”

This is the end of the sixth day, but earlier in the day, in Genesis 2:18, God observed, “This is not good.” What changed to go from “not good” to “good”? God created a woman. That is how good women are. That is how much of a good thing a wife is:

What About Paul’s Words About Singleness in 1 Corinthians 7?

Regarding singleness he wrote:

For I wish that all men were even as I myself. But each one has his own gift from God, one in this manner and another in that. But I say to the unmarried and to the widows: It is good for them if they remain even as I am; but if they cannot exercise self-control, let them marry. For it is better to marry than to burn with passion.

While Paul calls marriage a gift, it almost sounds as though he is saying singleness is better than marriage. The only way to understand these verses is by considering Paul’s words at the end of the chapter where he explains why singleness was a gift for him and can be a gift for others:

Paul is referring to people being without the responsibilities that come with having a spouse. Every married person—especially those with children—recognizes that a family takes a lot of time and energy that could be committed directly to serving the Lord. I pastor a church, but my most important ministry is to my wife and children. If I were unmarried, I would be able to commit even more time to studying, meeting with people, teaching, and so on. The Apostle Paul himself is a good example. He had a ministry that a man with the responsibilities of a family could not have fulfilled. He wanted others to be able to serve the Lord with the same singleness of mind he was able to have.

Because of the present crisis, I think that it is good for a man to remain as he is. Are you pledged to a woman? Do not seek to be released. Are you free from such a commitment? Do not look for a wife. But if you do marry, you have not sinned; and if a virgin marries, she has not sinned. But those who marry will face many troubles in this life, and I want to spare you this. What I mean, brothers and sisters, is that the time is short.

When Paul was writing, the early Christians were facing increasing persecution that led to one of the darkest eras in church history. It culminated with the Roman Emperor Nero throwing Christians to the lions while committing many other atrocities against them. Paul knew these Christians could get married but then find themselves fleeing for their lives. This is not a safe situation when starting a family. Jesus made a similar statement when forecasting the coming destruction of Jerusalem in 70 AD: “Woe to those who are pregnant and to those who are nursing babies in those days” (Matthew 24:19)!

Paul’s advice might apply today to a missionary heading into an area of the world too dangerous to take a family or to a young couple risking discovery in a closed-country, underground church. The important point to notice is Paul’s words were never meant to imply that singleness is somehow superior or more spiritual than being married.

In fact, when Paul wrote to his son in the faith, Timothy, he warned, “In latter times some will depart from the faith, giving heed to deceiving spirits and doctrines of demons” (1 Timothy 4:1). Paul then gives two examples of these demonic doctrines, one of which is forbidding people to marry (4:3). When we consider the problems caused by people attempting to remain single who are not called to singleness, we can see why demons desire this. Marriage should be viewed as the normal, healthy pattern for all men and women save those few who have the gift of singleness as Paul did.