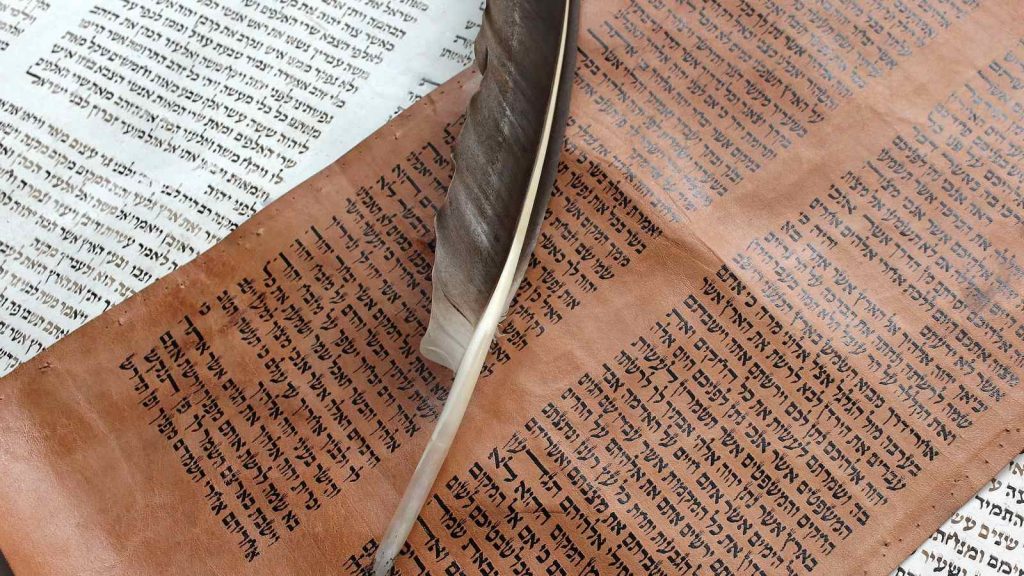 How Did Salvation and Forgiveness Take Place in the Old Testament?

The Gospel can’t be a New Testament invention, because God preached the Gospel to Abraham:

God…preached the gospel to Abraham beforehand, saying, “In you all the nations shall be blessed.”

The words, “In you all the nations shall be blessed” do not sound like a gospel presentation to us because there is no mention of Jesus’ name, death, burial, or resurrection. But God’s promise allowed Abraham to be saved by grace when he looked forward in faith to the Seed that would bless all nations. Genesis 15:6 says Abraham “believed in the Lord, and He accounted it to him for righteousness.”

The gospel was preached to [Israel in the wilderness.

God made numerous prophecies that a Messiah would come into the world. If people believed those prophecies, they were saved by grace through faith. They looked forward in faith to the Messiah coming as we look back in faith that He came. Old and New Testament believers are both saved by looking to Christ in faith, but from opposite sides of the cross. People in the Old Testament were saved by believing Jesus would come like we’re saved by believing Jesus came.

Old Testament Saints Looked Forward to “The Seed of the Woman”

And I will put enmity
Between you and the woman,
And between your seed and her Seed;
He shall bruise your head,
And you shall bruise His heel.”

This prophecy is part of the curse, and it allowed Adam, Eve, and their descendants to look forward to she “Seed of the Woman,” capitalized, because it’s referring to Jesus. When sin came into the world, so too did the opportunity for people to be saved by grace through faith. Just as we pass along to our children what we know about Christ, this prophecy would’ve been passed along to Adam and Eve’s descendants, allowing them to be saved by grace through faith.

Unfortunately, people think of the Gospel as a New Testament invention, but Paul uses the Old Testament to present the Gospel. He explains justification by faith apart from the law and works in Romans 3:21-28. Then he discusses two prominent Old Testament men to have credibility with his Jewish readers. In the process he shows people were forgiven (or saved) in the Old Testament, just as believers are in the New Testament.

Although Abraham was well-respected, he committed well-known sins:

What then shall we say that Abraham, our forefather, discovered in this matter? If, in fact, Abraham was justified by works, he had something to boast about—but not before God.

We can boast if we’re justified by works, “but not before God,” because it wouldn’t impress him.

What does the Scripture say? “Abraham believed God, and it was credited to him as righteousness.”

Paul quotes Genesis 15:6, which summarizes the Gospel. Abraham was justified by faith. He was saved by believing God.

Now when a man works, his wages are not credited to him as a gift, but as an obligation.

When your boss gives you a paycheck you’d be offended if he said, “This is a gift.” You worked for it; therefore, you earned it. A system of works makes God “obligated” to us.

However, to the man who does not work but trusts God who justifies the wicked, his faith is credited as righteousness.

The man who attempts to be justified – or saved – by works is not trusting God. He’s trusting himself. The man who trusts God finds his faith credited – or given to him – as righteousness. His faith was shown to be genuine when he was willing to sacrifice his son, Isaac.

The Seed of Abraham

In Genesis 12:3 God told Abraham: “In your seed all the nations of the earth shall be blessed.” Abraham’s seed is Isaac, but God’s words look past him to Jesus, the true and greater “Son of Abraham” (Matthew 1:1). Peter identified Jesus as the Seed when he quoted Genesis 12:3 while preaching:

You are sons of the prophets, and of the covenant which God made with our fathers, saying to Abraham, “And in your seed all the families of the earth shall be blessed.” To you first, God, having raised up His Servant Jesus, sent Him to bless you, in turning away every one of you from your iniquities.

Paul also referred to Jesus as the Seed when he quoted Genesis 12:3:

And the Scripture, foreseeing that God would justify the Gentiles by faith, preached the gospel to Abraham beforehand, saying, “In you all the nations shall be blessed.” Now to Abraham and his Seed were the promises made. He does not say, “And to seeds,” as of many, but as of one, “And to your Seed,” Who is Christ.

Although God promised Abraham countless descendants, He spoke of one specific Seed “Who is Christ.” All the descendants of Abraham—Moses, David, Solomon, Isaiah, or any others—pale in comparison to Jesus because only through Him would “all the nations of the earth be blessed.” Abraham spent years looking forward in faith to the birth of his son, Isaac, but Jesus is the only Son he could look forward to in faith for salvation.

To learn more about Old Testament forgiveness and salvation, listen to this sermon I preached on the topic…

According to God’s Law, David committed two sins that should’ve resulted in death: adultery and murder (2 Samuel 11). A few things made David’s terrible sins even worse:

If David had to be justified, or declared righteous by works, he’d stand condemned before God. Since justification is by faith, he felt very blessed…

David says the same thing when he speaks of the blessedness of the man to whom God credits righteousness apart from works:

David agreed with Abraham about justification by faith, and he wrote about his thankfulness:

“Blessed are they
whose transgressions are forgiven,
whose sins are covered.
Blessed is the man
whose sin the Lord will never count against him.”

When you’ve sinned like David did, you’re very thankful when God doesn’t “count” those sins against you, but instead “counts” or “credits” righteousness to you.

Is this blessedness only for the circumcised, or also for the uncircumcised? We have been saying that Abraham’s faith was credited to him as righteousness. Under what circumstances was it credited? Was it after he was circumcised, or before? It was not after, but before!

David’s Sins Should not Have Received Forgiveness

If anyone deserved death it was David, but this is also why David’s situation provides one of the greatest examples of God’s grace and mercy in all of Scripture. Nathan the Prophet confronted David, and he responded:

“I have sinned against the Lord.”

This is how we should respond when we sin. In these few words David provides a number of lessons:

“The Lord also has taken away your sin.”

These are some of the most amazing words in the Old Testament. Despite the enormity and wickedness of David’s sin, it was “taken away”:

“It is impossible for the blood of bulls and goats to take away sins.”

Sacrifices couldn’t forgive sins, say nothing of take them away. How could Nathan say this to David? His sins were taken away the same way ours are taken away:

The New Covenant Foreshadowed in the Old Covenant

The grace and mercy David received provide a beautiful glimpse of the New Covenant under the Old Covenant. What did David do to receive this forgiveness?

For You do not desire sacrifice, or else I would give it;
You do not delight in burnt offering.
The sacrifices of God are a broken spirit,
A broken and a contrite heart—
These, O God, You will not despise.

David didn’t offer any sacrifices. He had a spiritual insight that was tremendous. He knew parts of the New Testament before they were written, and he knew no Old Testament sacrifices could make up for his sins.

But he did know there was a “sacrifice” he could “give”; he knew there was an “offering” God “desired”: “a broken spirit, a broken and a contrite heart.”

David Confess his sin and it “took away” evil sins he committed. This is without personal merit, human effort, or penance. This is New Covenant forgiveness by grace; justification by faith.

Forgiveness that Provided Life Instead of Death

“You shall not die.”

These words mean David was going to die. The Old Covenant (the Law) demanded what it always demands: death. But David was able to find life. He recognized the greatness of what took place, which led him to write Psalm 32. Paul quoted this in Romans 4, showing forgiveness and salvation took place the same way in the Old and New Testaments.

PrevPreviousPokemon Go: One of the Big Problems
NextAvoiding Painful DecisionsNext