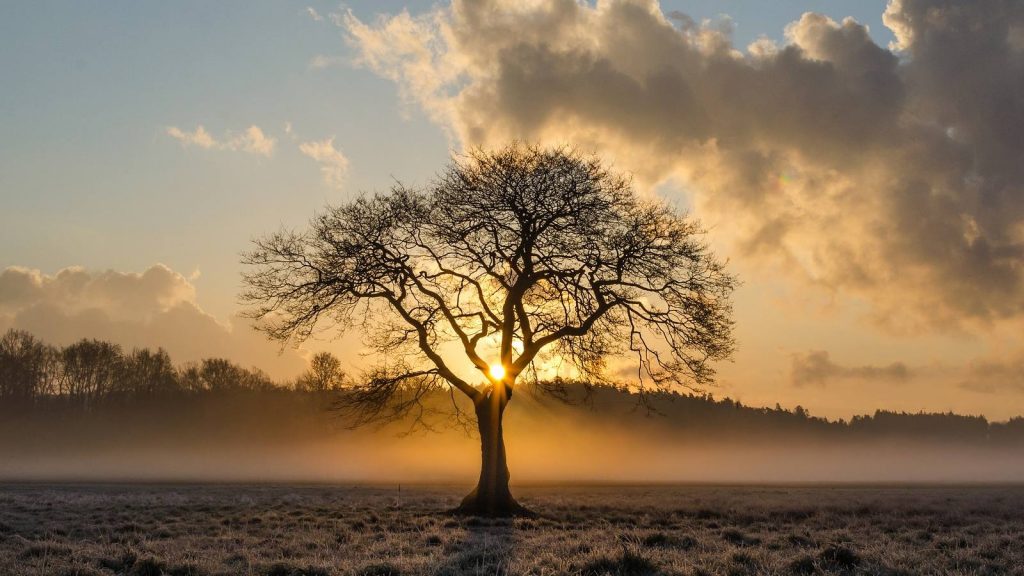 Let Patience Have Its Perfect Work to Be Better Versus Bitter (James 1:4)

James 1:4 says, “Let patience have its perfect work, that you may be perfect and complete, lacking nothing.” Read or listen to this chapter from Enduring Trials God’s Way to learn how to let trials make you better versus bitter.

I would love to be able to say, “Trials always produce patience, and patience makes you perfect and complete, lacking nothing,” but sometimes it would be more accurate to say, “Trials produce bitterness.” God wants to use trials for our good, but it’s tempting to become bitter. When people are suffering, there is greater potential for them to question, criticize—or worst of all—turn from God.

Perhaps you can think of people experiencing a trial and they said something like, “How could God let this happen to me? I do not deserve it! I wish I could give Him a piece of my mind!” If we’re honest, we can probably think of times trials did not produce patience or maturity in us. Instead of making us better, they made us bitter.

We Must Choose to “Let” Patience Have Its Perfect Work

The wording of James 1:3-4 is odd. If we never read the verses before we would probably expect them to say, “…the testing of your faith produces patience, which makes you perfect…” Instead, there are instructive words: “let patience have its perfect work.” The Greek word for let is echō, and it’s a verb because James is commanding us to do something. We must “let” trials “work.” Echō means, “To have, hold, own, possess, lay hold of.” Here are two places it’s used:

Of the 712 times echō occurs in the New Testament, 613 times it is translated as “have,” because it is not simply about accepting trials in our lives. We must take ownership of them. Instead of resisting trials, we must embrace them. This is how we “let” God use them for our benefit. The alternative is to fight against trials, which hinders the “perfect work” they can accomplish.

Before doctors administer a shot, they say, “Relax. Try to remain as calm as possible. This will hurt, but it will be worse if you resist.” The doctor is telling you to accept what is about to happen because failing to do so will only make an already painful situation even worse. It is the same with trials. We cannot avoid them. They hurt, and we make them worse when we resist. Instead, we must accept them, trusting God wants to use them for our good and His glory. This is how we “count it all joy” and “let” trials make us better.

Let Patience Have Its Perfect Work to Avoid Becoming Bitter

Trials and temptations are not the same. Trials are tests from God, and He uses them for our benefit. Temptations, on the other hand, come from our flesh:

Let no one say when he is tempted, “I am tempted by God”; for God cannot be tempted by evil, nor does He Himself tempt anyone. But each one is tempted when he is drawn away by his own desires and enticed.

Every person in the world will encounter various trials throughout life. Satan seeks to defeat you by tempting you to trust your own wisdom, to live according to your self-centered feelings, and to gratify the desires of your flesh. In contrast, God’s will is for you to be an overwhelming conqueror in all of these tests for His honor and glory.

Although trials and temptations are different for each person, bitterness is one common temptation everyone faces. There are many sins in Scripture, but there is no root of lying, stealing, or adultery. Why does Hebrews 12:15 discuss a “root of bitterness?” Roots grow and become difficult to remove, which is also the case with bitterness. Roots can be destructive, ruining sidewalks and the foundations of buildings. Similarly, bitterness can be destructive, ruining relationships in families, workplaces, and churches. When people experience trials, especially particularly difficult ones such as a disease or the loss of a child, they might feel betrayed by God. Bitterness can come on quickly, “springing up” as the author of Hebrews warned.

Revelation 3:10 calls the Tribulation “the hour of trial which shall come upon the whole world, to test those who dwell on the earth.” Everyone falls into one of two categories when the trials test them. One group gets better: “Seven thousand people were killed, and the rest were afraid and gave glory to the God of heaven” (Revelation 11:13b). Another group gets bitter:

A Christian friend’s home burned down. His wife and children were okay, but most of their possessions and memories were lost. He and his family have served the Lord faithfully for years. Some people in his situation would criticize God, wondering why He let something like this happen to them: “We do not deserve this! What about everything we have done for You!” The first time I spoke to my friend after the fire I told him how sorry I was, and his response was, “Scott, it is just stuff.” Not a hint of bitterness. This is the response we need.

David Was Made Better by Trials

One of the lowest points in David’s life occurred when his son, Absalom, stole the throne from him:

Now a messenger came to David, saying, “The hearts of the men of Israel are with Absalom.” So David said to all his servants who were with him at Jerusalem, “Arise, and let us flee, or we shall not escape from Absalom. Make haste to depart, lest he overtake us suddenly and bring disaster upon us, and strike the city with the edge of the sword.”

This had to be excruciating news for David to receive. It was one thing for Absalom to steal the throne, but it was another thing entirely to learn that the Israelites rejected him to embrace his evil son. As a result, David was forced to flee the capital. When things seemed like they could not get worse, Shimei showed up:

Now when King David came to Bahurim, there was a man from the family of the house of Saul, whose name was Shimei the son of Gera, coming from there. He came out, cursing continuously as he came. And he threw stones at David and at all the servants of King David. And all the people and all the mighty men were on his right hand and on his left. Also Shimei said thus when he cursed: “Come out! Come out! You bloodthirsty man, you rogue! The Lord has brought upon you all the blood of the house of Saul, in whose place you have reigned; and the Lord has delivered the kingdom into the hand of Absalom your son. So now you are caught in your own evil, because you are a bloodthirsty man!”

Since Shimei was related to Saul, he hated David for being king instead of one of Saul’s sons. Either he did not know God rejected Saul or he ignored that fact. He also blamed David for Saul’s death and the deaths of those in Saul’s family, even though David spared Saul’s life on multiple occasions and prevented his men from harming him. David’s kindness was shown again when his nephew, Abishai, sought to murder Shimei:

[Abishai said,] “Why should this dead dog curse my lord the king? Please, let me go over and take off his head!”
[David replied], “What have I to do with you, you sons of Zeruiah? So let him curse, because the LORD has said to him, ‘Curse David.’ Who then shall say, ‘Why have you done so?’ See how my son who came from my own body seeks my life. How much more now may this Benjamite? Let him alone, and let him curse; for so the LORD has ordered him. It may be that the Lord will look on my affliction, and that the Lord will repay me with good for his cursing this day.”

Twice David attributed Shimei’s actions to God. There is no indication that God told Shimei to curse David, but it still serves as a powerful example of David’s confidence in God’s sovereignty. David determined to accept this trial as though it was from God, and there is not a hint of bitterness.

David showed further restraint toward Shimei despite his continued mistreatment: “And as David and his men went along the road, Shimei went along the hillside opposite him and cursed as he went, threw stones at him and kicked up dust. Now the king and all the people who were with him became weary; so they refreshed themselves there” (2 Samuel 16:13–14). How much patience did it take to walk along while Shimei behaved this way? This is what it looks like to surrender to a trial—letting it have its perfect work—so it makes you better.

King Asa did what was good and right in the eyes of the Lord his God.

Asa was one of the best kings in the Old Testament. It is important to know that because if trials could make him bitter, we must all be on guard against the same thing happening to us.

Asa was attacked by the northern kingdom of Israel toward the end of his reign. He turned to the king of Syria for help instead of turning to God as he had done when the Ethiopians attacked. He removed silver and gold from the temple to pay for Syria’s support. They chased away the Israelites, so it appeared Asa’s plan worked. God was displeased with Asa though, and He sent a prophet to rebuke him:

The prophet Hanani said to Asa: “Were the Ethiopians… not a huge army with many chariots and horsemen? Yet, because you relied on the Lord, He delivered them into your hand. In [relying on the king of Syria] you have done foolishly; therefore from now on you shall have wars.” Then Asa was angry with the seer, and put him in prison, for he was enraged at him because of this. And Asa oppressed some of the people at that time.

Sadly, Asa was so angry, not only did he punish the prophet who rebuked him, he even lashed out at his people.

And in the thirty-ninth year of his reign, Asa became diseased in his feet, and his malady was severe; yet in his disease he did not seek the Lord, but the physicians.

Asa probably had gout or gangrene. Since he reigned forty-one years, this was within two years of the end of his life.

This once great king was on the verge of finishing poorly. Perhaps it is because he had been faithful to God throughout his life that God was still gracious to him despite his sinfulness. What graciousness? This trial (the disease) gave Asa another chance to turn back to God. Unfortunately, Asa failed. There is nothing wrong with turning to physicians for help, but the verse is worded as a criticism of Asa for turning only to the physicians.

Every trial is an opportunity to move closer to God or further from Him. When suffering, we need to ask ourselves:

PrevPreviousHusbands Love Your Wives as Christ Loves the Church (Ephesians 5:25)
NextAre All Sins Equal in the Bible?Next