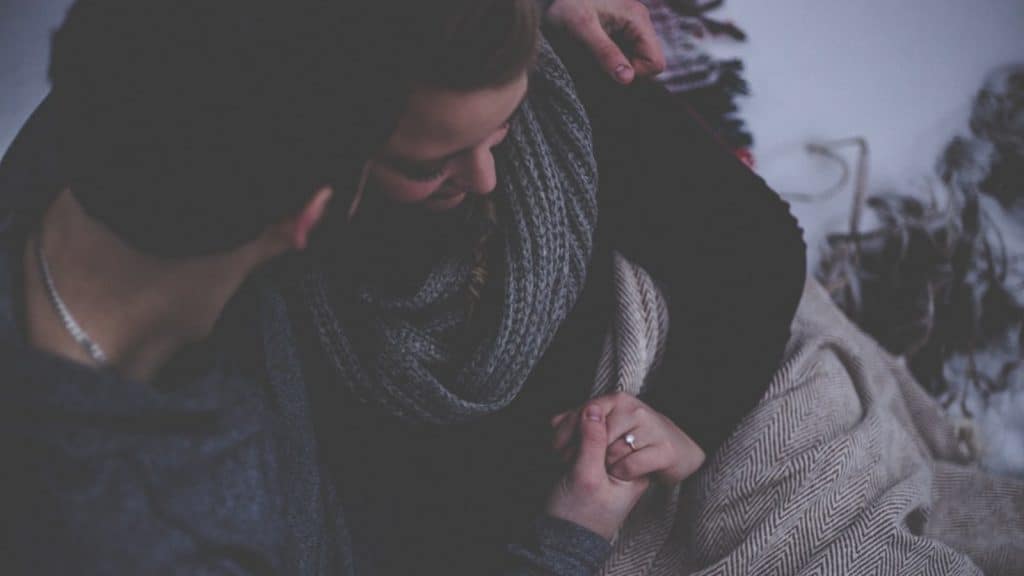 Twice the apostle Paul stated the headship of a husband:

Understanding this is important, because if we think headship began after the fall, then it becomes part of sin’s curse. If we see headship beginning at creation, we understand it is part of God’s natural, healthy, divine plan for husbands and wives.

Genesis 1:1 says, “In the beginning God created the heavens and the earth,” and the rest of Genesis 1 gives an overview of all six days of creation. God created man and woman on the sixth day. Then, in Genesis 2:7–25, God zooms in on the creation of Adam and Eve since mankind is the pinnacle of God’s creation. It is in this account that God established man’s headship by doing the following…

We are so familiar with the verses that it is easy to miss the significance of some of the details. Imagine reading the passage for the first time. Since God created the animals in pairs, male and female, what would we expect Him to do with the creation of humankind? We would expect Him to create the first man and woman at the same time—as a pair, male and female—but that’s not what He did. According to Paul, this is one of the main reasons women shouldn’t have authority over men (1 Timothy 2:12–13).

We are so familiar with the creation of Eve that it’s easy to miss the importance of some details. If we approach the account as though it’s our first time reading it, a number of significant points arise…

1a. Eve wasn’t created “out of the ground”

One recurring theme has been God’s creation of living things from ordinary dirt:

With this repetition, we would expect to read: “The Lord God formed woman of the dust of the ground, and breathed into her nostrils the breath of life; and woman became a living being.” Instead:

And the Lord God caused a deep sleep to fall on Adam, and he slept; and He took one of his ribs, and closed up the flesh in its place. Then the rib which the Lord God had taken from man He made into a woman, and He brought her to the man. And Adam said: “This is now bone of my bones and flesh of my flesh; she shall be called Woman, because she was taken out of Man.”

1b. Eve was created from Adam’s own DNA

God performed history’s first surgery by using Adam’s body to fashion Eve. What modern science reveals about this is fascinating. Every cell in our bodies contains our entire genetic blueprint or DNA. Therefore, God could take some of Adam’s cells and use their DNA to create Eve. The reverse, however, would not have been possible, because men’s DNA contains both X and Y chromosomes (XY), while women’s DNA contains only X chromosomes (XX).

If God had created woman first, it would have been impossible to create man. There would be no Y chromosomes, which is the chromosome that determines male gender. Adam had the genetic material—both X and Y chromosomes—for a woman to be created from his DNA, allowing for the reproduction of men and women.

More than likely Paul had Eve’s creation in mind when he commanded husbands:

He who loves his wife loves himself. For no one ever hated his own flesh, but nourishes and cherishes it, just as Christ does the church.

Just as Adam saw Eve as an extension of his own bone and flesh, so God wants husbands to see their wives as extensions of themselves. A husband should care for his wife as well as he cares for himself. Since he views her body as part of his body, when he loves her, he is loving himself. Since no husband hates his own flesh, but nourishes and cherishes it, husbands should offer their wives the same concern and devotion they lavish on themselves.

1c. Eve was created from Adam’s side (not only his rib)

The Hebrew word for rib is tsela. The word occurs forty-one times in the Old Testament, but only in Genesis 2:21–22 is it translated “rib.” Nineteen times tsela is translated as “side” and eleven times as “chamber.” Here are a few examples:

Eve came from much more than Adam’s rib. This is also made clear by Adam’s words in Genesis 2:23 when he calls Eve “bone of my bones and flesh of my flesh.”

1d. Eve was created from Adam so husbands and wives would see themselves as “one flesh”

Immediately after Eve was created and given to Adam, Genesis 2:24 says, “Therefore a man shall leave his father and mother and be joined to his wife, and they shall become one flesh.” This is an odd statement since Adam and Eve are the only people in history with no “father and mother.” Therefore, this verse is not primarily about them but is instructive for all future marriages. God wanted Adam and Eve to understand the unity between them, but more importantly He wanted all future husbands and wives to see the same unity between them.

To learn more about a husband’s headship, watch this message I deliver at Marriage God’s Way Conferences…

2. God Established Adam’s Headship by Giving Him the First Command

Creating Adam before Eve allowed God to give His first command to Adam alone:

And the Lord God commanded the man, saying, “Of every tree of the garden you may freely eat; but of the tree of the knowledge of good and evil you shall not eat, for in the day that you eat of it you shall surely die.”

3. God Established Adam’s Headship by Having Him Name the Animals and Eve

God wanted Adam to have authority over all creation. He said:

“Let Us make man in Our image, according to Our likeness; let them have dominion over the fish of the sea, over the birds of the air, and over the cattle, over all the earth and over every creeping thing that creeps on the earth.”

God wanted man to have authority over creation, and He established that authority by directing Adam to name the animals:

Again, God did something with Adam that He could have had Adam and Eve do together. Instead, He had Adam name the animals alone, and in doing it established his authority over the animals. After God fashioned Eve from Adam’s side, parts of Genesis 2:22–23 record: “He brought her to the man. And Adam said, “She shall be called Woman.”

4. God Established Adam’s Headship by Having Only Him “Leave Father and Mother”

“Therefore a man shall leave his father and mother and be joined to his wife, and they shall become one flesh.”

Why doesn’t the command mention a woman leaving her father and mother? The man is moving out from under his parents’ authority and establishing his own headship—or authority—over his family. But the woman is not doing the same. She is simply moving from being under her father to being under her husband.

This is why 1 Corinthians 11:3 does not say, “The head of every man and woman is Christ.” Instead, it states, “The head of every man is Christ [and] the head of woman is man.” Women remain under a man’s authority, first her father’s and then her husband’s, and these men are under Christ. This biblical principle is played out at weddings symbolically when the father walks his daughter down the aisle and gives her to the man who is about to become her husband. The image is of a transfer of headship from father to husband.