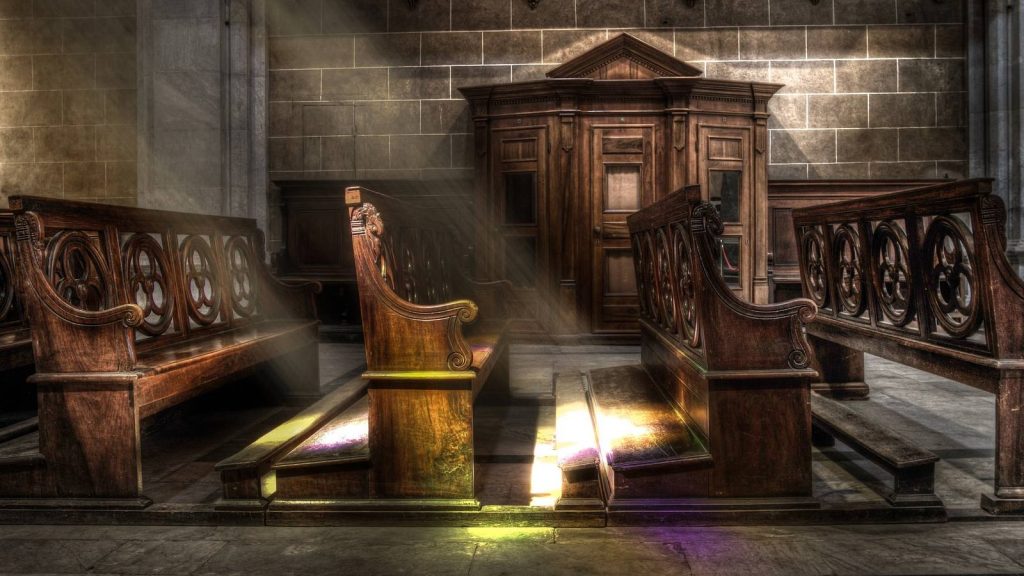 Six Wonderful Examples of God’s Mercy in the Bible (Video)

There are wonderful examples of God’s mercy in the Bible. Below are a few. You might be familiar with most of them, but did you know that even Job serves as an example of God being “very merciful” (James 5:11)? Read on to find out why.

Manasseh was the wickedest king of Judah. It seemed like there was no false god he did not worship and no command he did not break. He even sacrificed his own sons to Molech. God punished him by taking him into captivity:

Now when he was in affliction, he implored the Lord his God, and humbled himself greatly before the God of his fathers, and prayed to Him; and He received his entreaty, heard his supplication, and brought him back to Jerusalem into his kingdom. Then Manasseh knew that the Lord was God.

God not only forgave Manasseh, He even restored him as king.

Ahab was the wickedest king of Israel. Consider his description:

There was none who sold himself to do what was evil in the sight of the Lord like Ahab, whom Jezebel his wife incited. He acted very abominably in going after idols, as the Amorites had done, whom the Lord cast out before the people of Israel.)

Ahab was so evil God couldn’t even compare anyone with him. God sent Elijah to tell Ahab that he would be punished for his sin:

When Ahab heard [Elijah’s] words, he tore his clothes and put sackcloth on his flesh and fasted and lay in sackcloth and went about dejectedly. And the word of the Lord came to Elijah the Tishbite, saying, “Have you seen how Ahab has humbled himself before me? Because he has humbled himself before me, I will not bring the disaster in his days; but in his son’s days I will bring the disaster upon his house.”

Ahab’s humility is not very impressive. He only humbled himself because he learned he was going to be judged. It doesn’t even look like repentance. “Dejectedly,” means he felt sorry for himself. But God still relented of the judgment He was going to bring against him.

Some of the evilest people in the Old Testament. When they repented, God spared them. This made Jonah so angry that he wanted to die, but God rebuked him:

Should I not pity Nineveh, that great city, in which are more than one hundred and twenty thousand persons who cannot discern between their right hand and their left?”

This parable reveals the heart of God the Father:

The son arose and came to his father. But when he was still a great way off, his father saw him and had compassion, and ran and fell on his neck and kissed him.

When He was crucified, He prayed:

“Father, forgive them, for they do not know what they do.”

Are you surprised to see this example? You shouldn’t be based on this verse:

You have heard of the perseverance of Job and seen the end intended by the Lord—that the Lord is very compassionate and merciful.

First, God’s Mercy Was Shown When He Blessed Job

God blessed Job with twice as much as he had before, and vindicated him before his family and friends (Job 42:10–11; see chapters 6 and 7).

The Lord restored the fortunes of Job, when he had prayed for his friends. And the Lord gave Job twice as much as he had before. Then came to him all his brothers and sisters and all who had known him before, and ate bread with him in his house. And they showed him sympathy and comforted him for all the evil that the Lord had brought upon him. And each of them gave him a piece of money and a ring of gold.

Second, God’s Mercy Was Shown When He Put Restrictions on Satan

We might not be comfortable with those restrictions, but they were present nonetheless:

No matter how painful a trial might be—physically, mentally, emotionally, or spiritually—God still restricted it from being worse. As a pastor, I have regularly told people not to say, “It could be worse,” but it is true—things could always be worse. If we could see how much worse, we would be thankful for God’s compassion and mercy.

Third, God’s Mercy Was Shown by not Killing Job

Third, although Job was a godly man, he was still a sinner. At times, Job was angry, accusing, and demanding. He thought God owed him an audience and explanation. He was self-righteous, especially when declaring his innocence. Even this criticized God, because it implied He was unjust for treating Job so poorly. God revealed His compassion and mercy when He spoke to Job, but did not kill him.

Most parents would not let their children speak to them the way Job spoke of God, but God did little more than ask Job difficult questions he could not answer. While nobody would want to be questioned by God the way Job was, this was mild considering the punishment Job deserved. The lesson for us is we deserve much worse than we receive. If God gave full vent to His wrath, we would be destroyed. Instead:

Fourth, God’s Mercy Was Shown Through the “End [God] Intended”

God’s compassion and mercy to Job is shown by the words “end intended by the Lord” (James 5:11). This phrase is so important you might underline, circle, or highlight it in your Bible. Do whatever you need to do to make sure you do not forget it.

Whatever trial we experience, God has a reason for it. In Job’s case, part of the end God intended was removing his self-righteousness and pride. God might use trials to accomplish the same end in our lives. Few things humble people more effectively than trials. Suffering is an equalizer that can bring even the highest people low.

Other times God uses trials to accomplish different ends in our lives. Regardless of what God is doing, we can be confident He does not allow suffering except for His purpose.

Speaking of God “What Is Right”

God does not use highlighting, italics, bold, or underlining for emphasis. But He does use repetition. God repeated Himself to Eliphaz:

God wants His character described correctly. He rebuked Job’s friends for misrepresenting Him, but He commended Job for speaking truthfully about Him. Understanding God’s character is always important, but it is especially important during trials. When we suffer, we are most tempted to draw incorrect conclusions about God: “God has forgotten about me,” “God has changed,” or “God does not love me.”

During trials we must turn to Scripture to be convinced of the truth and see what is “spoken of [God that] is right.” If God can be described this way with Job, then regardless of our trials, we must recognize God is still acting very compassionately and mercifully toward us.

PrevPreviousBehold, Children Are a Gift of the LORD; the Fruit of the Womb a Reward (Psalm 127:3)
NextI Am the Potter; You Are the Clay (Isaiah 64:8 and Jeremiah 18)Next