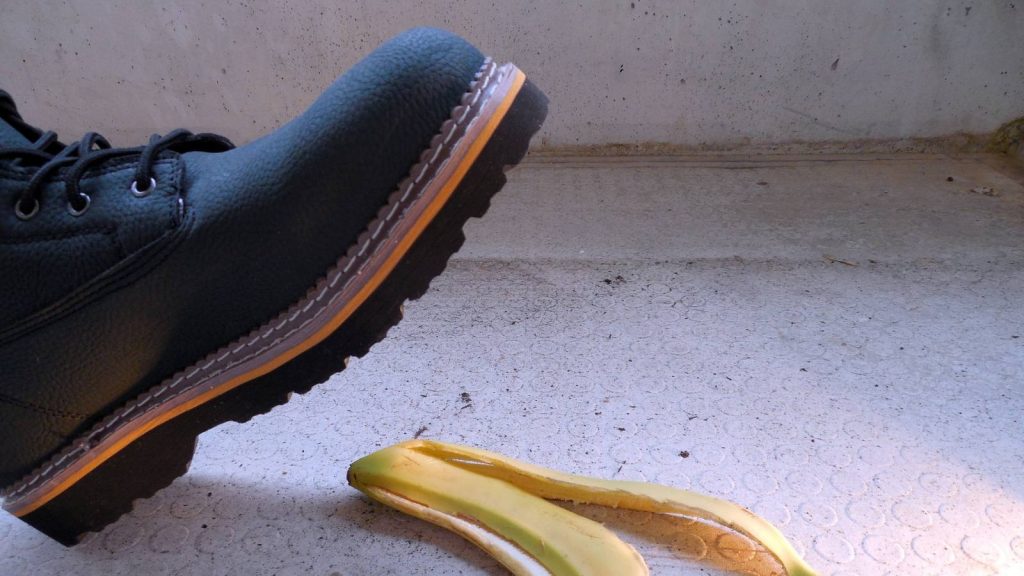 The Difference Between Stumbling and Falling

Paul asked, “Have [the Jews] stumbled that they should fall? Certainly not!” (Romans 11:11a). Stumbling is not the same as falling, and we can see the difference between the two by considering two men who had much in common. Who does this describe?

A well-known man received a unique opportunity when Jesus asked him to become one of the twelve disciples. In accepting the invitation, he became a student of the greatest Teacher in history. He could be with the Son of God day and night. The man heard Jesus’ teaching, and when His enemies tried to trap Him with penetrating questions, he heard the profound theological answers. He saw miracles that showed the Messiah’s authority over death, nature, demons, and disease. Jesus gave him some of the same divine power to cast out demons and perform miracles. He witnessed firsthand Jesus’ love, grace, and mercy. After experiencing all this, he betrayed Jesus in a strong, convincing way only hours before His crucifixion. Then he felt great sorrow.

Stumbling Is not the Same as Falling

There are plenty of similarities between Peter and Judas, but one crucial difference. Regarding their faith, Peter stumbled, but Judas fell:

And the Lord said, “Simon, Simon! Indeed, Satan has asked for you, that he may sift you as wheat. But I have prayed for you, that your faith should not fail; and when you have returned to Me, strengthen your brethren.”
But he said to Him, “Lord, I am ready to go with You, both to prison and to death.”
Then He said, “I tell you, Peter, the rooster shall not crow this day before you will deny three times that you know Me.”

Notice the words, “that your faith should not fail.” Jesus knew Peter’s faith was about to be tested, so He graciously warned him. He reverted to Peter’s former name, “Simon,” to remind him of his old nature, and repeated it twice to reveal the gravity of the situation. Peter failed to appreciate Jesus’ warning. He responded pridefully, claiming he would not stumble.

Only hours later, Jesus was arrested:

Peter followed Him at a distance to the high priest’s courtyard. And he went in and sat with the servants to see [what would happen to Jesus].

During this time they spit on Jesus, beat Him, blindfolded Him, and said, “Prophesy! Who is the one who struck You?” (Mark 14:65, Matthew 26:68). Peter kept his distance because he did not want anyone to recognize him, but his plan failed. Matthew 26:69 says while he “sat outside in the courtyard…a servant girl came to him, saying, ‘You also were with Jesus of Galilee.’” Peter denied Jesus three times and became so angry and desperate that he even “began to curse and swear, saying, ‘I do not know the Man!’” (Matthew 26:74 and Mark 14:71).

Peter stumbled when he had the chance to “confess [Jesus] before men” (Luke 12:8):

Immediately, while he was still speaking, the rooster crowed. And the Lord turned and looked at Peter. Then Peter remembered the word of the Lord, how He had said to him, “Before the rooster crows, you will deny Me three times.” So Peter went out and wept bitterly.

While being ridiculed and beaten, Jesus made eye contact with Peter. We are not told what Peter saw in that brief look from the Lord, but I suspect it produced the lowest point of his life.

About the same time that Peter denied Jesus, Judas returned the money to the religious leaders:

Then Judas, His betrayer, seeing that [Jesus] had been condemned [to die], was remorseful and brought back the thirty pieces of silver to the chief priests and elders, saying, “I have sinned by betraying innocent blood.”

Judas betrayed Jesus to the religious leaders for money. Peter denied that he knew Jesus to save himself. Is there much difference between betraying Jesus and denying Him? Not really! Scripture does not tell us who felt worse—Peter or Judas.

To see a powerful example of a man who stumbled, but did not fall, watch this sermon I preached about the wickedest king in the Old Testament, Manasseh…

What Is Your Response to Sorrow? Stumbling or Falling?

I suspect Peter and Judas felt equally terrible, but the difference is in what their sorrow produced:

For godly sorrow produces repentance leading to salvation, not to be regretted; but the sorrow of the world produces death.

Jesus told Peter, “I have prayed for you, that your faith should not fail; (Luke 22:32a). When Judas and Peter’s faith was tested, Peter stumbled, but Judas fell. Stumbling need not be spiritually fatal.

How Do You Know If You’re Stumbling or Falling?

The answer is contained in the next words which Jesus spoke to Peter: “and when you have returned to Me, strengthen your brethren” (Luke 22:32b). The person who fell does not return to Jesus. The person who has stumbled does return. This is the sign of a true Christian. The famous Scottish preacher Dr. Alexander Whyte said:

“The perseverance of the saints is made up of ever new beginnings.”

God gave new beginnings to Abraham, Moses, David, Jonah, and Peter when they stumbled, and He does the same for us today:

The Lord makes firm the steps of the one who delights in him; though he may stumble, he will not fall,
for the Lord upholds him with his hand.